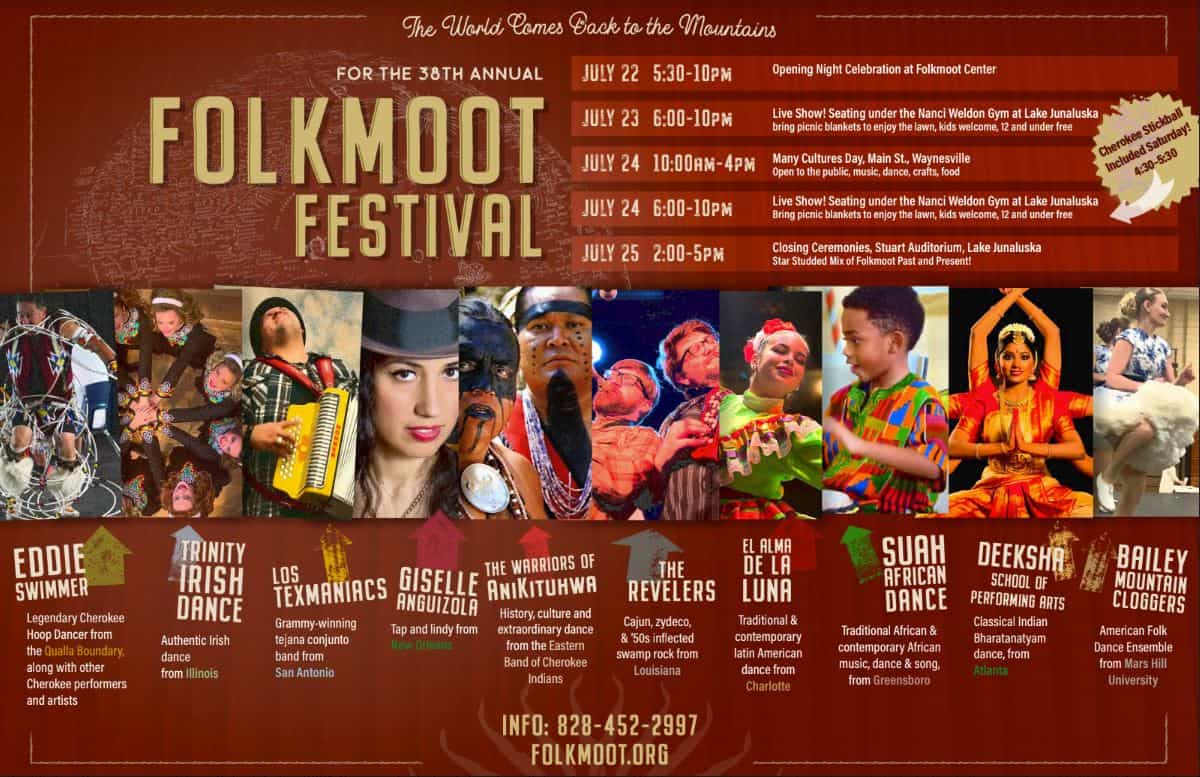 Folkmoot, North Carolina’s Official International Folk Festival, returns to hosting programs and events beginning with the reimagining of its Summerfest scheduled from Thursday, July 22 to Sunday, July 25. The festival will be located at Lake Junaluska, Downtown Waynesville, and the Folkmoot Friendship Center.

The Folkmoot Summerfest is focused on celebrating American Cultural Diversity. Performers from around the United States will gather in Haywood County to represent many of the ethnicities and traditions that make up our nation’s mosaic of people. Folkmoot will build off of its decades of international festival experience by promoting cultural understanding and acceptance while providing an exceptional experience to witness a fusion of unique traditions.

Folkmoot is set to present an assortment of traditional and contemporary dances along with well-acclaimed musical performances. The festival will be returning popular entertainment from past festivals, such as El Alma De Luna and The Bailey Mountain Cloggers. New artists have been added to the program, such as the Grammy-nominated Cajun Swamp-Rock Band, The Revelers, and 2018 Grammy Award-winning Tejano Band, Los Texmaniacs.

The party will begin at the Folkmoot Center with the Summerfest Gala on Thursday, July 22. Folkmoot hosts its Gala as a fundraising event in light of the partnerships the organization has formed with its community and communities beyond Western North Carolina. Guests are treated to food, drinks, and performances from participating groups, including The Revelers. The event will have limited capacity and all are welcome.

Following the Opening Night Gala, the festivities continue into Friday and Saturday located at Lake Junaluska’s Nanci Weldon Outdoor Gym. The scenic lake makes for a picturesque afternoon to enjoy performances from talents like Deeksha Classical Indian, Trinity Irish Dance, and many more. The outdoor excitement will conclude with highly anticipated musical performances. Summerfest night one will be closed by the Los Texmaniacs and night two will be closed by The Revelers. 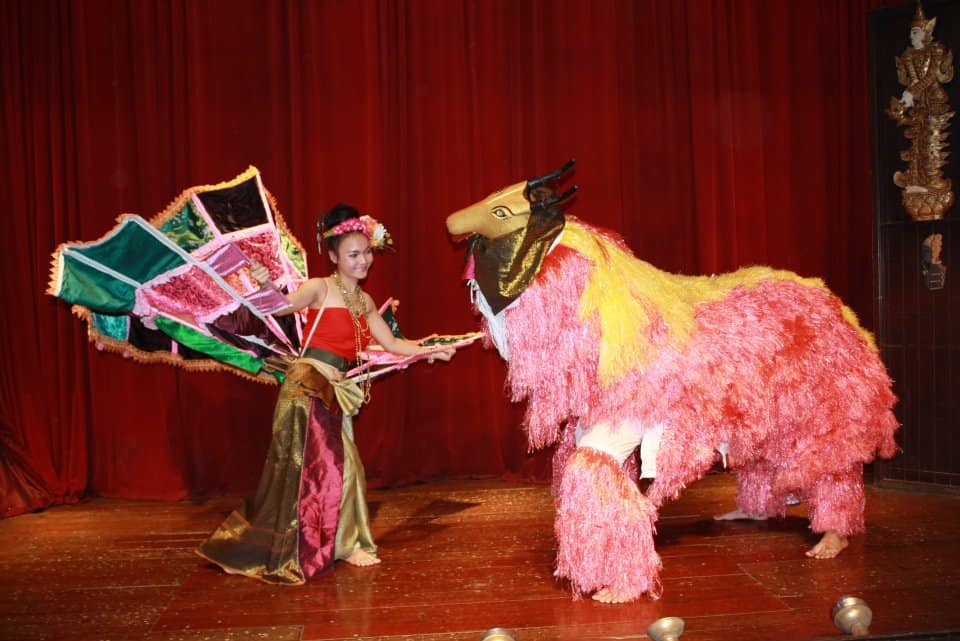 Many Cultures Day is on Saturday, July 24 and is held on Main Street, Waynesville. From 10am – 4pm, all attending artists will conjoin for a comprehensive Folkmoot experience that should highlight the excitement of the weekend. The event features live entertainment by youthful singers and dancers, folk dance lessons by performers, an arts and crafts tent, food and beverage trucks, and activities led by local organizations. Artisan vendors will line the streets with flags honoring the nations that have come through the festival throughout the years. Admission is free to the public for Many Cultures Day.

Be sure to return to Lake Junaluska for the Summerfest Closing Ceremony on Sunday. The event will be a matinee held inside the Stuart Auditorium, the largest auditorium and most historic building at Lake Junaluska. Alongside the performances, the evening will be a tribute to the founding members who have contributed to Folkmoot’s legacy. The event will engage audience members who wish to take part.

Folkmoot is proud to partner with The Cherokee Preservation Foundation and work as cultural ambassadors in the region to highlight the value behind Western North Carolina’s distinctiveness. Folkmoot strives to recognize, promote, and even show off the indigenous culture and history of the Eastern Band. Cherokee heritage will be shared at Folkmoot through an array of arts and performances. Talents such as Jarett Wildcat, Cherokee storyteller, and Eddie Swimmer, Cherokee hoop dancer, will share their arts at this year’s Summerfest.

“Folkmoot is excited to feature American dance and music from it’s very roots and we feel like native cultural expression is the birthplace of American artistic heritage.” Said Glenn Fields, Executive Director.

A Cherokee Stickball game will be featured on day two of the Summerfest as the first event of Saturday. The Kolanvyi Stickball Team will be demonstrating the sport on July 24 from 4:30-6:00 at Lake Junaluska.

Folkmoot, located in the historic Hazelwood School, unironically continues a legacy of education within its facility. As a place that welcomes diversity and advocates understanding, every opportunity someone gets to witness a Folkmoot event is an opportunity to learn and witness a unique perspective. For 37 years, countless lifestyles and traditions have come through Folkmoot. The Summerfest of 2021 will be another achievement of cultural exchange that connects all who attend.

The 37th Folkmoot will be heavily reliant on its volunteers. Folkmoot is still accepting volunteers if you wish to guide the sights, sounds, and beauty of the festival. To apply, visit Folkmoot.org/volunteer

To purchase tickets to the Gala or any of the Lake Junaluska events, visit Folkmoot.org.

Waynesville Stories: Captured by You

Vacations are a great way to relax, clear the mind, and escape your everyday reality. You could hammock by the water at Looking Glass
DETAILS
DETAILS

The Guy’s Guide to Maggie Valley

Searching for the ultimate man-cation? Where you and the guys can go out and just be dudes doing dude things? It’s time to check
DETAILS
DETAILS