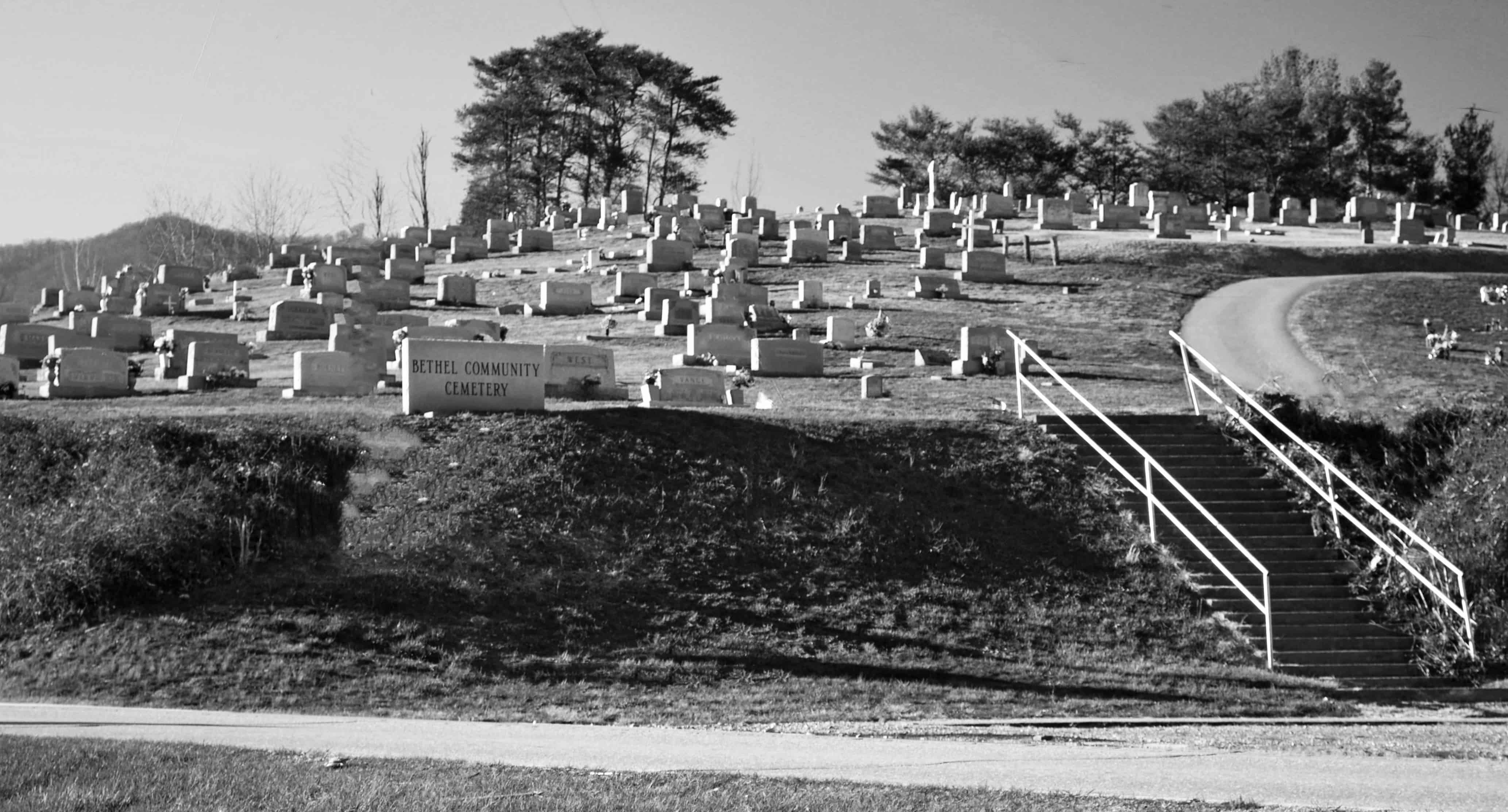 It’s no secret that Haywood County is rich in authentic Appalachian history. Established in 1808, the county has a story over 200 years in the making. The area is home to generations of families that settled the area and planted ties that still exist today. Many visitors are drawn to the area just to explore its deep rooted history but there are some particular places that are often overlooked on their quest for knowledge: the historic cemeteries of Haywood County. Though the area has many notable final resting places, there are four in particular that have quite a story to tell: Bethel Cemetery, Greenhill Cemetery, Locust Fields Cemetery and the cemeteries in Cataloochee Valley.

Established 1854, the site is located on a sprawling hill within the Bethel community, which lies at the foot of Cold Mountain between Canton and Waynesville. While it is the final resting place for many generations of Haywood County, the most famous gravesite is often the most overlooked, due to the unmarked grave. William Pinkney Inman, better known as “Inman”, was the inspiration for Charles Frazier’s novel, Cold Mountain, which was later made into a major motion picture starring actor Jude Law as Inman. His simple resting place can be found a top the hill but due to the lack of a headstone, the location is identified only by the gravestones of his parents, Joshua and Polly Inman.His burial site is said to be the unmarked area located in front of his parents. This area is also the final resting place of Inman’s fellow soldier and friend, Johnny Swanger. It is said that he is buried right next to Inman so it’s difficult to designate where each man lies.In 1864, they were both shot down together on Big Stomp Mountain by the Home Guard as deserters of the Civil War. Inman’s father retrieved their bodies and had them buried in Bethel Cemetery.Unfortunately, due to their deserter status, they did not receive the same burial honors as other soldiers of the confederacy. This site is one of many that has been researched and included on the self-guided Cold Mountain Heritage Tour sponsored by the Bethel Rural Community Organization.For more information visit www.bethelrural.org

Located just off of South Main St in downtown Waynesville, this peaceful section of wooded area and rolling hills is the final resting place to some of Haywood County’s most notable citizens. The founder of Waynesville and revolutionary war hero, Colonel James Robert Love, is buried atop the highest hill. Colonel Love donated the land Waynesville was founded on and named it after his commanding officer in the war, General “Mad” Anthony Wayne. Not far from Colonel Love is the grave site of William Holland Thomas, who was not only the first and only white chief of the Cherokee Indians but the founder of Thomas’s Legion, the only North Carolina Legion during the Civil War. This has earned the cemetery a spot on the North Carolina Civil Wars Trail and is designated by an informational post at the cemetery entrance. Thomas’s Legion consisted of both Cherokee and local mountaineers known as “highlanders” which earned the legion the notorious nickname of the “Highlander Rangers”. The Legion fought in Tennessee, Virginia, and Kentucky and many served in the final engagements of the war in North Carolina that took place in Waynesville and Asheville. Also buried in this cemetery is Atlas Jennings Allen, bugler for General Robert E. Lee, five US Senators and Congressmen, and President John F. Kennedy’s personal chauffeur, William Greer, who was behind the wheel of the limousine the day of Kennedy’s deadly assassination.

The cemetery was established 1803 when Locust Field Baptist Church was first built, making it one of the first churches established west of Asheville. The cemetery sits quietly on a plot of rolling hills across from the Canton Public Library and just a short stroll from downtown Canton.Locust Fields is also featured as a point of interest on the North Carolina Civil Wars Trail, which is designated by an informational post near one of the entrances.The cemetery and church served as a campground and rallying point throughout the war for Confederate soldiers. After the confederacy lost control at the battle of Cumberland Gap in September 1863, hundreds of soldiers that were part of 62nd NC Infantry escaped and set up refuge at Locust Fields. During the winter of 1864 – 1865, the cemetery became a Confederate encampment again for Colonel James Robert Love II (grandson of the founder of Waynesville, Colonel James Robert Love) and six companies of Thomas’s Legion. These soldiers took part in some of the last fights of the war in spring of 1865.Dozens of Confederate soldiers are buried in Locust Fields.

In addition, there are also historic cemeteries in Cataloochee Valley, an orginial pioneer settlement that is now part of the Great Smoky Mountains National Park.  The Valley has a total of four historic cemeteries, three in Big Cataloochee and one in the more primitive area of Little Cataloochee. Many of the original settlers of Cataloochee Valley are buried in these plotts and every year their descendents gather at the Little Cataloochee Church for “decoration day” to pay tribute to those buried there.  While these cemeteries are a little harder to get to they are well worth the drive and hikes. It is a step back in time where you can truly experience the deep-rooted heritage of southern Appalachia.  For help planning your trip, visit this website: Cataloochee Valley.

Guide to Spending a Day at Cataloochee Ski Area

In the wintertime, Cataloochee Ski Area is the place to be! With the variety of difficulty offered on the mountain, this is the perfect
DETAILS
DETAILS

Finding free things to do and budget-friendly activities while on vacation can help make a smaller dent on your wallet! Lucky for you, we
DETAILS
DETAILS

Best Dog-Friendly Spots In Haywood (told by a dog)