The History of Haywood County, NC 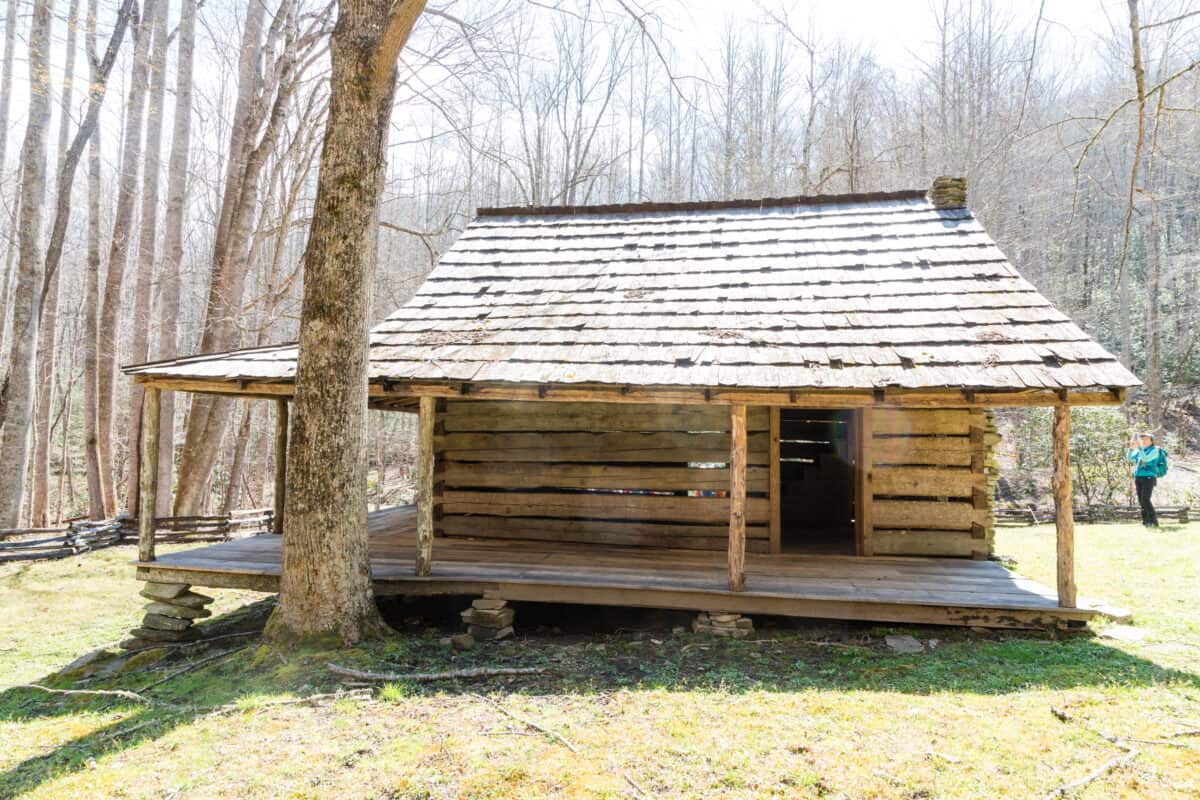 History buffs, rejoice: you can find remnants of Haywood County’s past everywhere you look. Whether you’re watching a performance by the Cherokee Indian Dancers at the Folkmoot Festival, exploring the far reaches of the Cataloochee Valley, or sipping on local moonshine, you’re getting a glimpse into our heritage. Here are a few more important pieces of Haywood history to take in while you’re here. 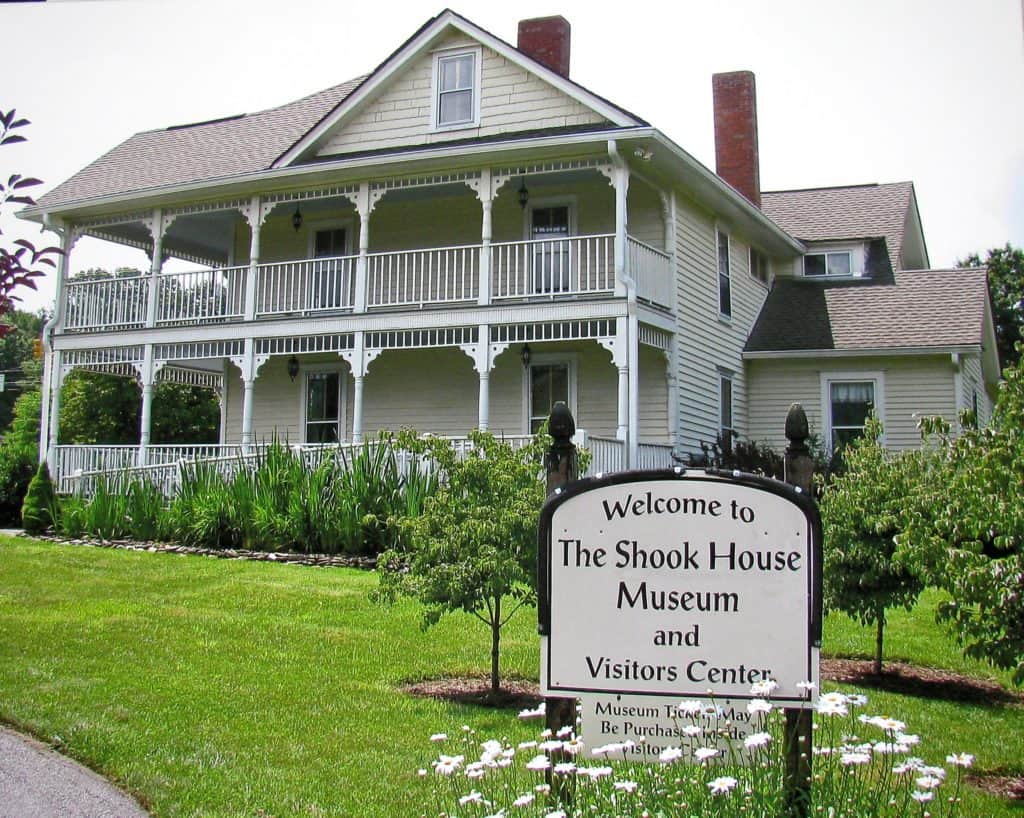 The Shook House Museum in Clyde is the oldest house in Haywood, built in 1795 by Jacob Shook. Today, this site is very important to the Methodist church, as many historians believe Bishop Francis Asbury preached here in 1810. 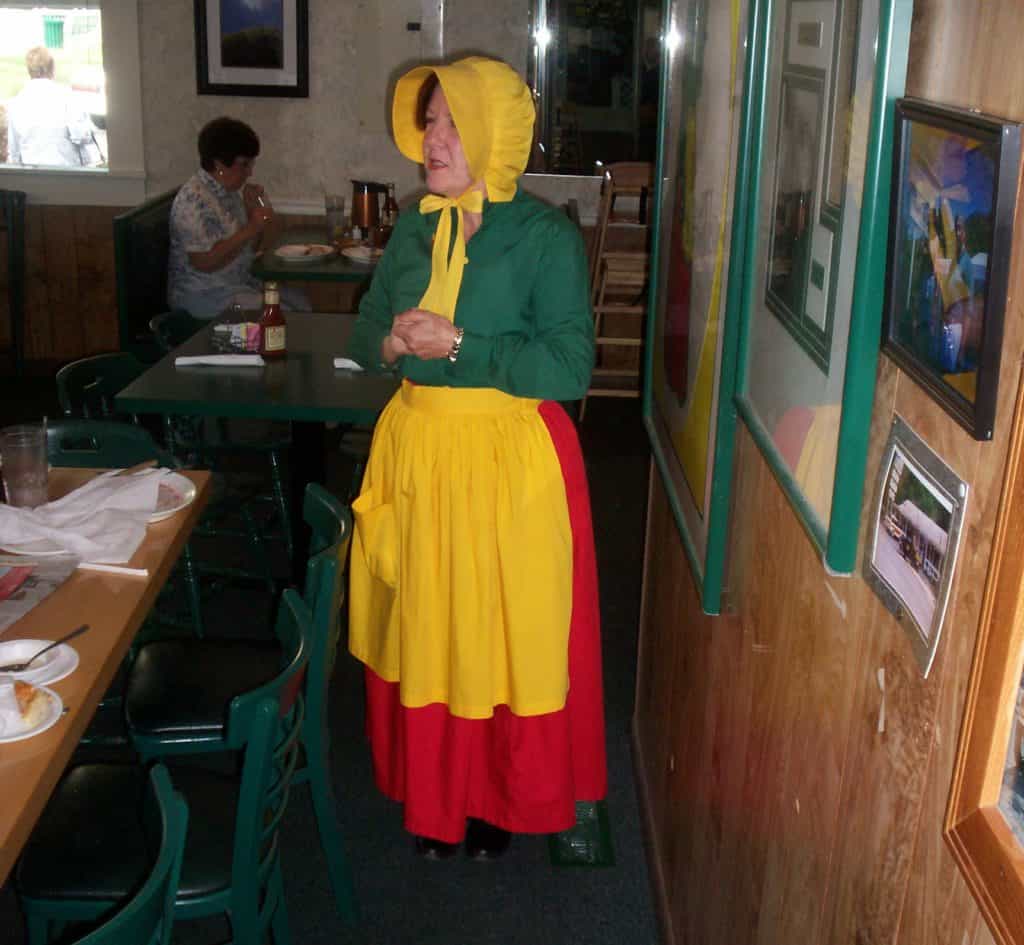 Maggie Valley’s namesake and emblem was inspired by the former postmaster’s daughter, Maggie Setzer—much to Maggie’s dismay. Jack Setzer, Maggie’s father, wanted to establish postal service for the town so he didn’t have to hire someone to ride 5 miles to pick up the valley’s mail. So, he asked the US Postal Department to establish his home as the valley’s new post office. They required a name for the new post office, so Jack submitted the names of his daughters Cora, Mettie and Maggie Mae. When Maggie found out which name they accepted, she ran up the mountain in tears, embarrassed by her father’s actions.

Her red skirt, green blouse, yellow apron, and bonnet have been the town’s icon for more than a century now—you can find her likeness on municipal buildings and etched into the walls of local businesses. 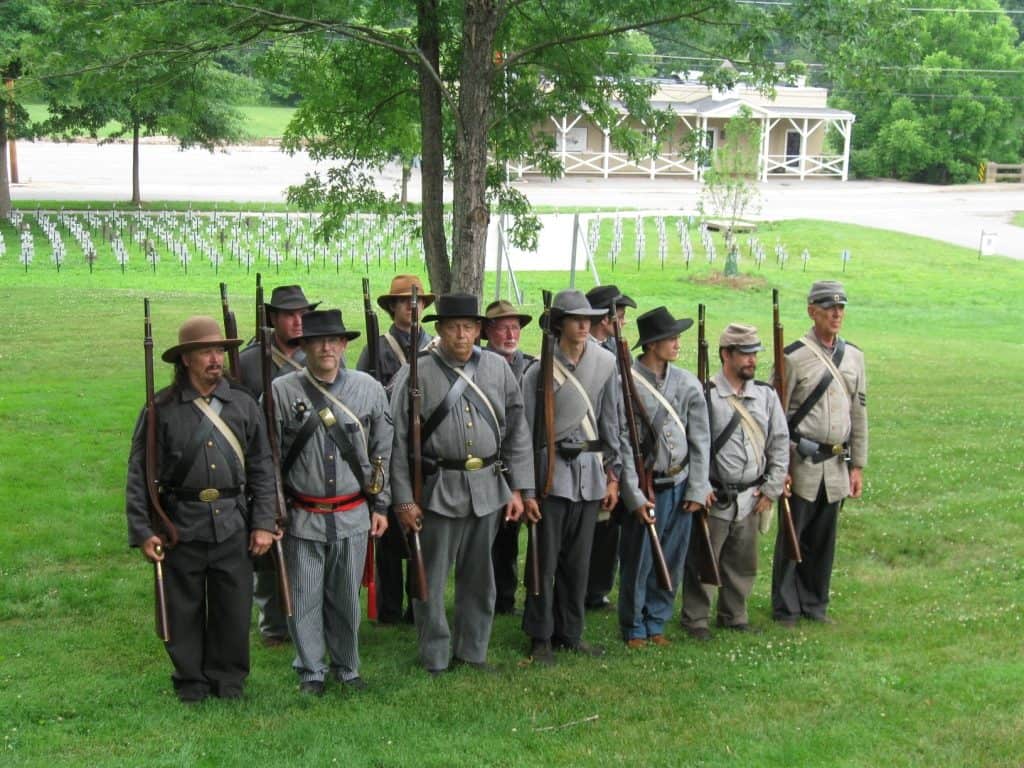 Waynesville has many historical claims and ties. The first of which is its name—inspired by Revolutionary War commander “Mad” Anthony Wayne, whose brother-in-arms Colonel Robert Love actually founded the town. The last shot of the Civil War east of the Mississippi was fired on what’s now Sulphur Springs Road in Waynesville, marked by a monument.

In Canton, you’ll find history in the form of a paper mill and a theatre. The Champion International Paper factory was an economic driver and source of employment for many residents, and after changing ownership a few times, it’s still functioning as Evergreen Packaging. On the arts front, the Colonial Theatre was a focal point on the town’s social life in the 1960s, and today, it’s still a place for stage productions, film festivals, and more. 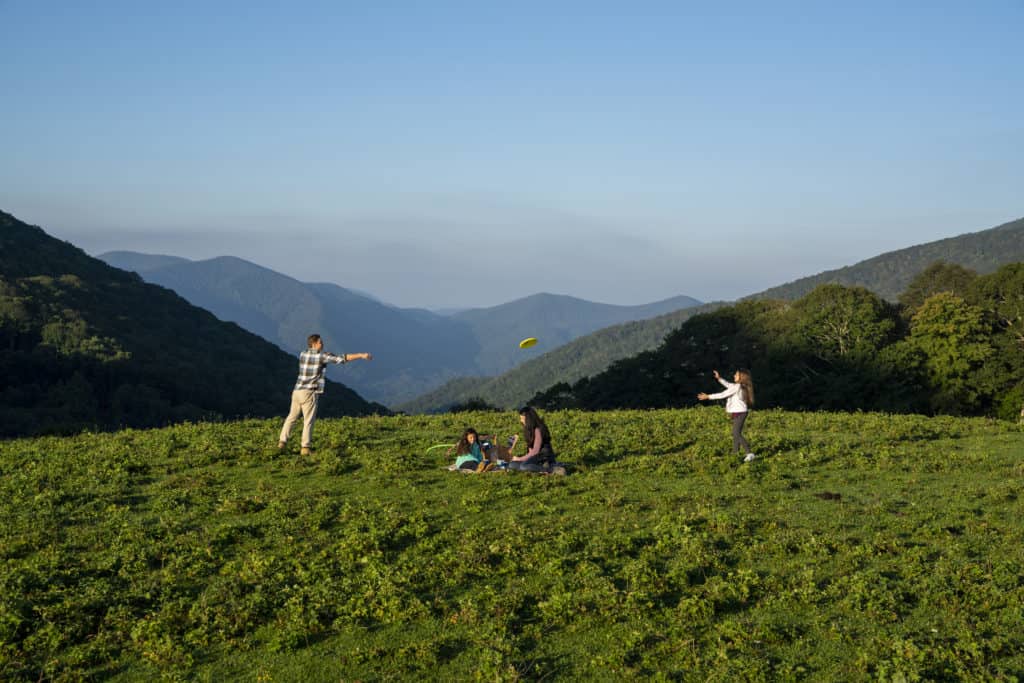 In the north central portion of Haywood County, you’ll also find Cataloochee Valley, a slice of the Great Smoky Mountains that’s remained largely unchanged since the early 1900’s. The buildings on site have been preserved since their resurrection more than 100 years ago, and you can still explore the wildflowers and wildlife in the same way our ancestors did. There are several hiking trails for exploring, streams for fishing, and elk for watching to help you enjoy the great outdoors.

In addition to these pieces of history, here are some other things we do the good-old-fashioned way:

Moonshine has played a significant, although turbulent, role in Haywood County’s history. It all started during Prohibition, when poor farmers would distill and sell their own illegal liquor in order to make ends meet. Once Prohibition was repealed, many ‘shiners and bootleggers continued wheeling and dealing their non-taxed liquor for the same purpose. Arguably the most famous of these moonshiners was one Marvin “Popcorn” Sutton, a legend around these parts. Born and raised in Maggie Valley, Popcorn Sutton grew famous in part because of this moonshine (which he produced thousands of gallons of)—but mostly because of his unique personality, which he put on display through his autobiography and several documentaries. His several run-ins with the law ended in 2009, when he took his own life to avoid a federal prison term. Elevated Mountain owner Dave Angel has kept his spirit alive by distilling his own moonshine just like the good old days and telling Popcorn’s tale to any new visitors.

If you’ve been to one of our festivals, you know we don’t hold back when it comes to celebrating our heritage. At Folkmoot, we celebrate world the world’s heritage through various expressive art forms. Our Smoky Mountain Folk Festival pays tribute to traditional Southern Appalachian music and dance. The Canton Labor Day Festival is a recognition of our blue-collar roots and an ode to our ancestors’ determination in the town’s early days. Our Arts & Crafts shows have been giving local crafters and artisans a place to share their creations for decades. And Waynesville’s Apple Harvest Festival kicks off our local apple harvesting season, a huge contributor to our local economy.

An Abundance of Art

There are plenty of other ways we celebrate art, too. The Haywood County Arts Council was created in 1977 to promote local artists, art education, and innovation in art. As a result of the council’s efforts, we’ve become a haven for nature-loving artists and creators. You can find some of the region’s best performers at one of HART Theatre’s entertaining plays. Smoky Mountain landscape paintings inspired by the land that surrounds our mountain towns cover the walls of local galleries and studios. Downtown Waynesville’s streets overflow on Friday nights for their weekly Art After Dark celebration. Woodworking shops are filled with unique pieces sourced from local trees.

From the rich, fertile soil of Haywood County has grown a robust agricultural community that’s become one of the most diverse agritourism destinations in the region. Many of our farms and gardens have been passed down for generations but maintain the ages-old tradition of growing exceptional produce and providing the best customer service around.

The Boyd Farm has been in the Boyd family for more than a century after originally raising cattle while growing tobacco, corn, and potatoes. From “Tater Dave” Boyd to current owners Dan and Betsy Boyd, the tradition of maintaining this family land has evolved into what many consider to be the best place in Western North Carolina to find your family’s Christmas Tree.

First farmed 100 years ago, a section of land along the Pigeon River in Canton is still being tilled and tended to in much the same way today at the Ten Acre Garden. The produce is fresh, the views are stunning, and the Sunflower Maze is the perfect way to spend a day in the Smokies.

We’re fortunate to have so many ways to recognize and celebrate our history. If you’re up for exploring, you can experience all this history and enjoy so much more in our mountain towns.

5 Must-Do Activities to Enjoy in Canton This Fall

Daydreaming of sweater weather, checkered flannels, and pumpkin-spiced coffee? Or maybe crisp woodland scents, ripe apples, and quality time with your loved ones? Then
DETAILS
DETAILS

When it comes to toe-tappin’ festivities, or events that will get your engines running, the Maggie Valley Festival Grounds does it right. This venue
DETAILS
DETAILS