The History of the Plott Hound – The Official NC State Dog 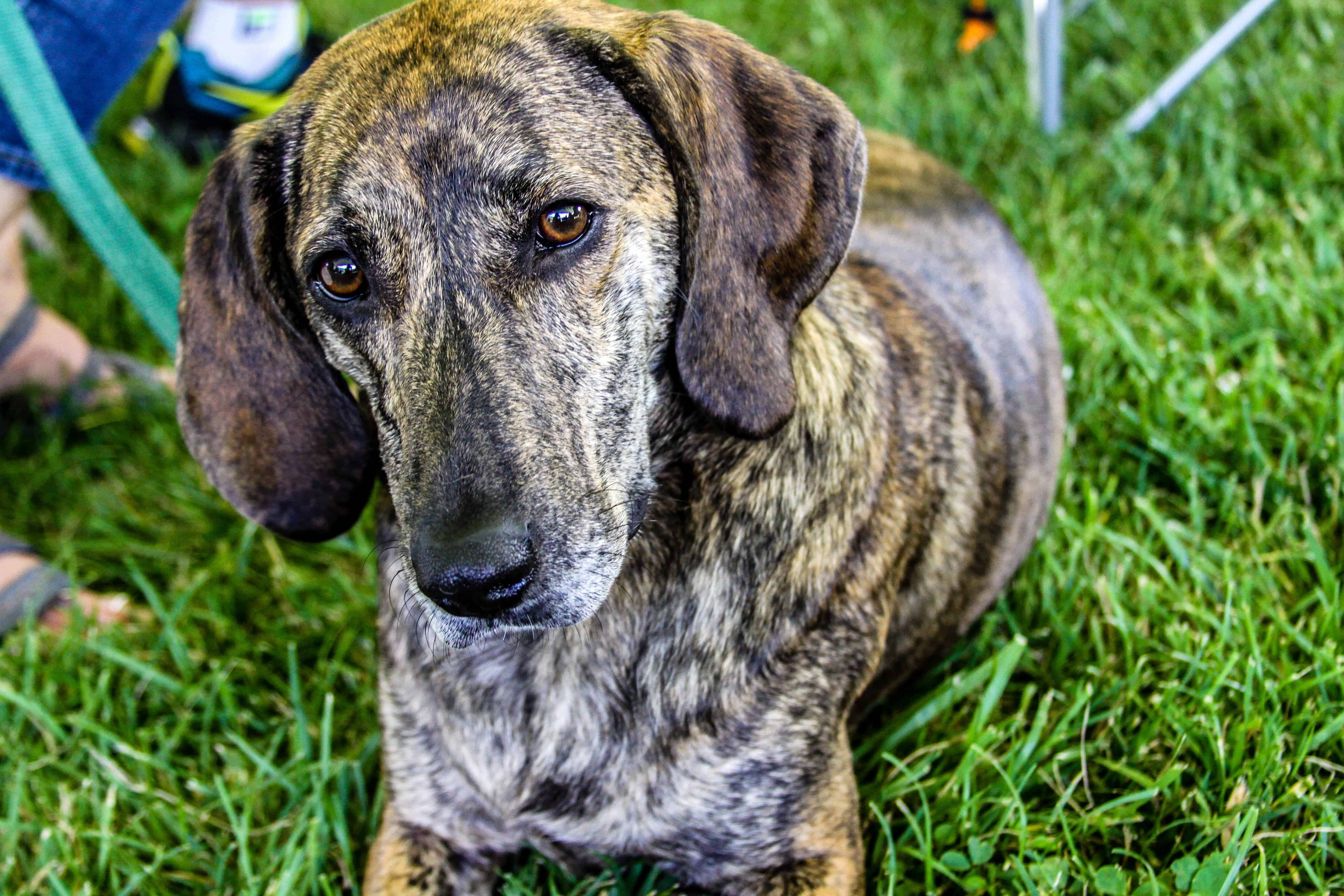 Have you ever had the privilege of meeting a Plott Hound? No?  Well you’re missing out because they are not only amazing dogs but they are an important part of the history of Haywood County.  Known for their keen tracking skills, Plotts have left their mark in the Southern Appalachians as tried and true hunting dogs and loyal companions for over 200 years.  The Plott Hound’s big game hunting skills and gritty nature have gained them notoriety as a highly sought after breed. Due to its North Carolina roots, specifically in Haywood County, the Plott was named the official state dog of North Carolina in 1989.

So how did the Plott Hound find its way to Haywood County?  By way of Germany!  In the mid 1700’s, a pair of  young brothers form Germany, Johannes George Plott and his brother, emigrated from Heidelberg, Germany to Philadelphia.  The brothers brought with them a group of Hanoverian hounds.  Johannes’ brother died during the voyage but Johannes arrived in Philadelphia in 1750 with his dogs. He then found his way to New Bern, NC and then on to Cabarrus County. He met his wife Margaret and they bought a farm together.  They began a family and of course, began raising hunting dogs. It has been said that he kept his strain entirely pure, making no out-crosses. In 1780, the Plott Hounds were passed to his son, Henry.

Henry, along with his wife Lydia, settled along the Pigeon River in Haywood County in the early 1800’s, near where the town of Canton is now located.  After spending some time in this area, they moved farther west and settled permanently in a section between Richland and Dick’s Creek, which is now referred to as the Plott Creek area.  Henry and his pack of Plotts were often called in to help his neighbors rid their farms of wildlife that attacked the livestock, thus bringing more notice to their keen hunting skills.  Today, Plotts can be found in many different colors. There are buckskins, blacks, brindles, browns, reds, and combination of any of these colors. Plotts are hardy and have superior hunting instincts. They are very effective in the search for coyotes, wolves, and wildcats. The breed was carefully developed to be strong, courageous and persistent.  It was initially used as a wild boar hound, but has also been used for big game hunting.

Because of the Plott family and their hounds, the U. S. Park Service named three peaks in the Balsam Mountain range as the Plott Balsams and erected a sign  along the Blue Ridge Parkway, known as the Plott Balsam Overlook, honoring them.  It reads “Before you lies the massive Plott Balsam Range. On one of its eastern slopes Henry Plott, a German immigrant’s son, made his home in the early 1800′s. In this game-filled frontier, hunting dogs were a prized possesion. Here Henry Plott and his descendants developed the famous Plott Bear Hounds carefully selecting for the qualities of stamina, courage, and alertness the breed possesses today.”

For the next 200 years the dogs were bred by generations of Plott family members.  The dogs worked at hunting bear and raccoon throughout the Appalachians and the Great Smoky Mountains. The Plott family rarely put the dogs on the market so they remained rare outside the southern United States until now.

3 Ways to Keep Warm in Maggie Valley this Winter

As the temperature begins to dip, it’s time to break out the cozy sweaters and fuzzy socks. While those are a great way to
DETAILS
DETAILS

3 Ways to Hype up Your Halloween in Haywood

There is no better place to celebrate spooky season than right here in Haywood County. Whether you’re looking to experience the frights and delights
DETAILS
DETAILS

Rutting Season in Haywood, As Told by A Cataloochee Elk