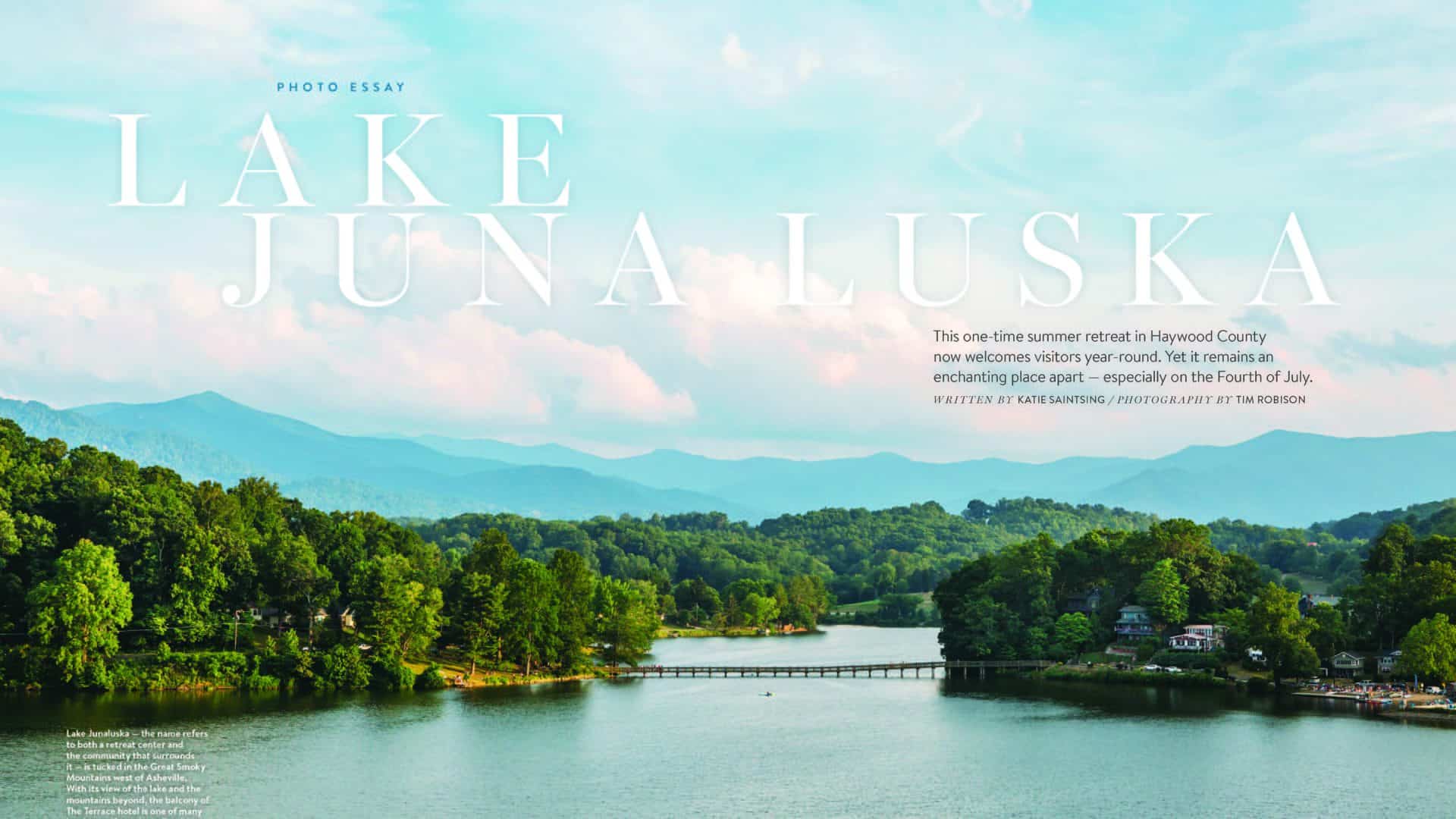 From start to finish, 2017 was a fantastic year for Lake Junaluska. Journey back in time to see some of Lake Junaluska’s most significant moments.

Lake Junaluska had a great year of media coverage in 2017, including a beautiful 18-page spread in Our State magazine, with stunning photos. The feature highlighted gardens such as the Rose Walk and Inspiration Point, detailing the variety and volume of flowers and plants at each location. Independence Day Celebration events such as the parade, barbecue picnic, square dance, concerts and fireworks were also extolled. Memorial Chapel and Stuart Auditorium received coverage for their historic natures and the famous speakers who have passed through. See Lake Junaluska featured in Our State.

2. Incredible outpouring to save the bridge 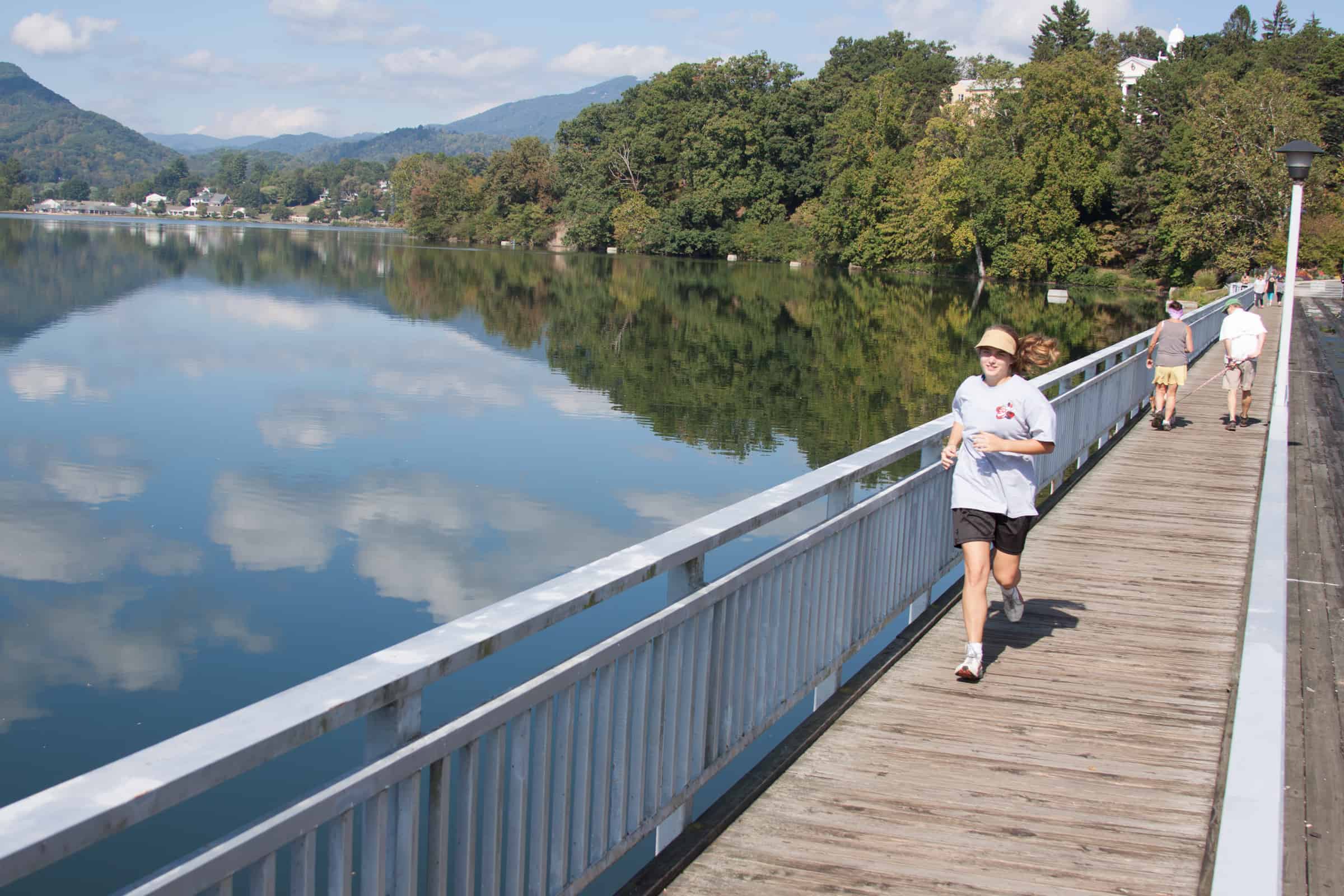 Lake Junaluska was overwhelmed by the generosity of residents, visitors and the community as they banded together to help save the Lake Junaluska bridge over the dam. Nearly $700,000 has been raised in charitable giving, with more than 350 donors stepping forward to contribute. This fantastic response has helped begin work on restoring the bridge to pedestrian and vehicular traffic. 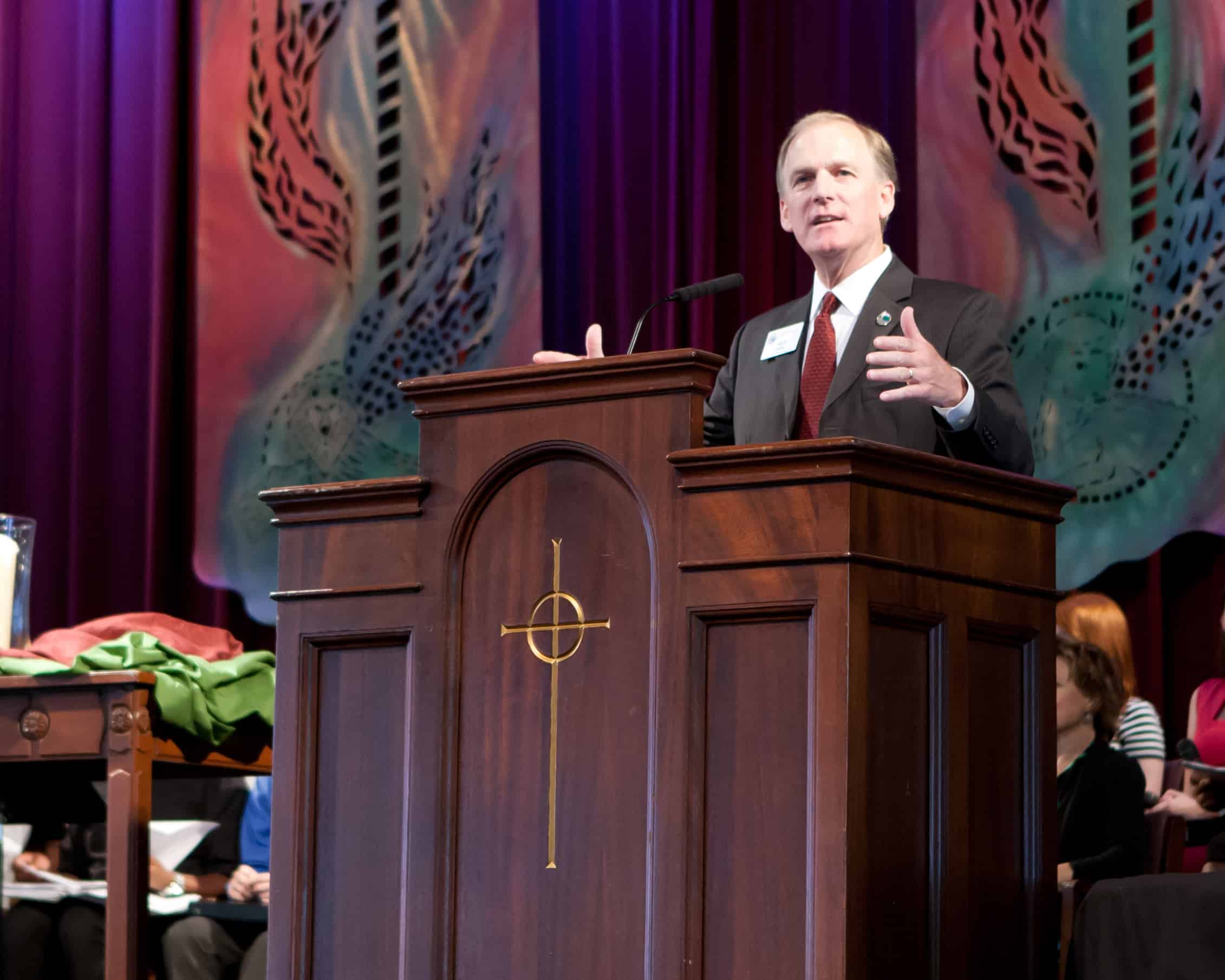 Former Executive Director Jack Ewing was named Person of the Year by The Mountaineer. Ewing retired at the end of 2017 after seven years of service. He ushered the lake through a transition period in which he helped achieve financial stability, spearheaded facility upgrades and created a mission statement that inspires staff. 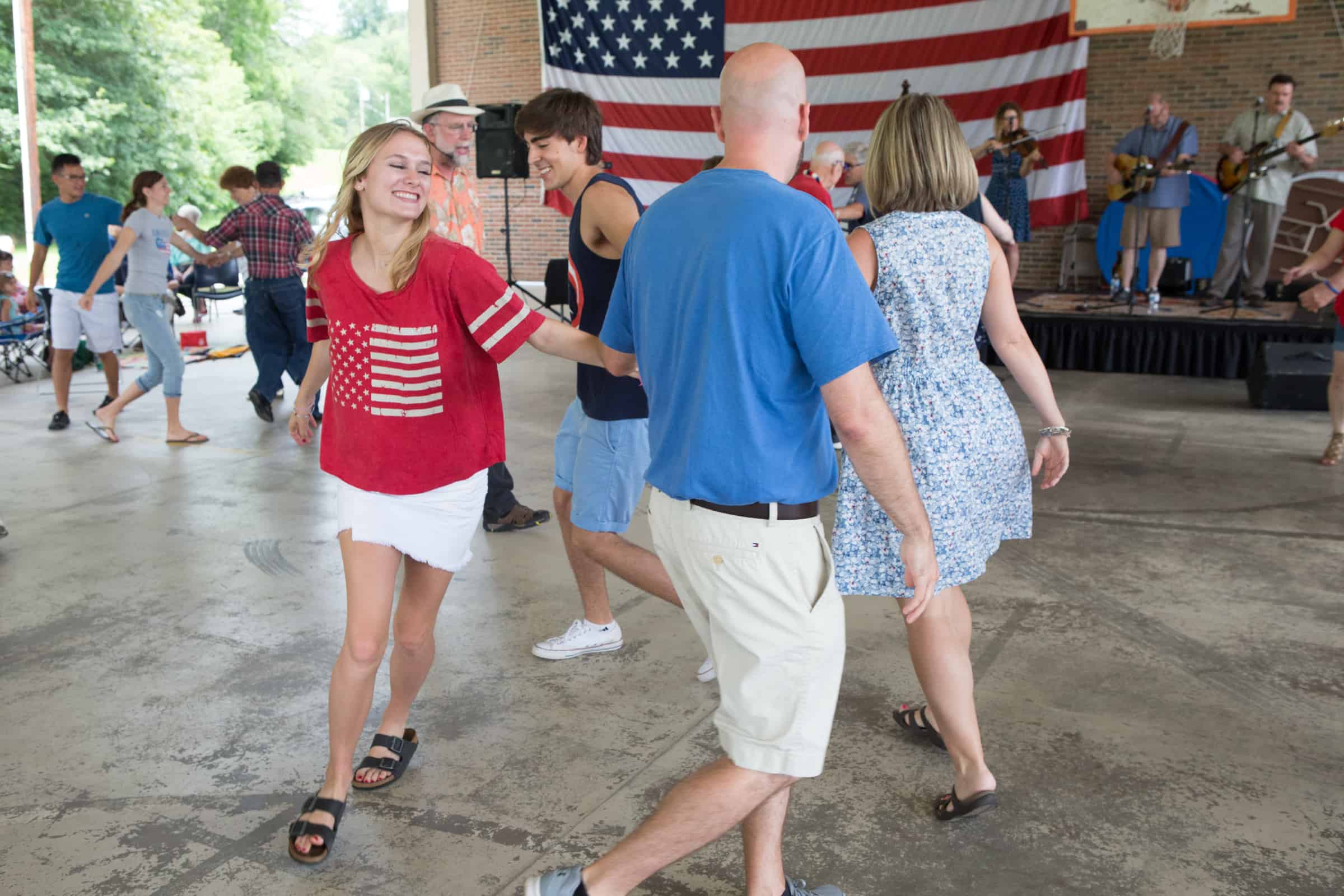 The Lake Junaluska Summer Activities Program saw 2,000 attendees at its 51 events held this summer, including new outdoor movies at the gym, bird watching excursions, full moon boat tours and a contra dance. This program is made possible by donations and helps make Lake Junaluska a fun, active place for residents and visitors of all ages during the summer months. 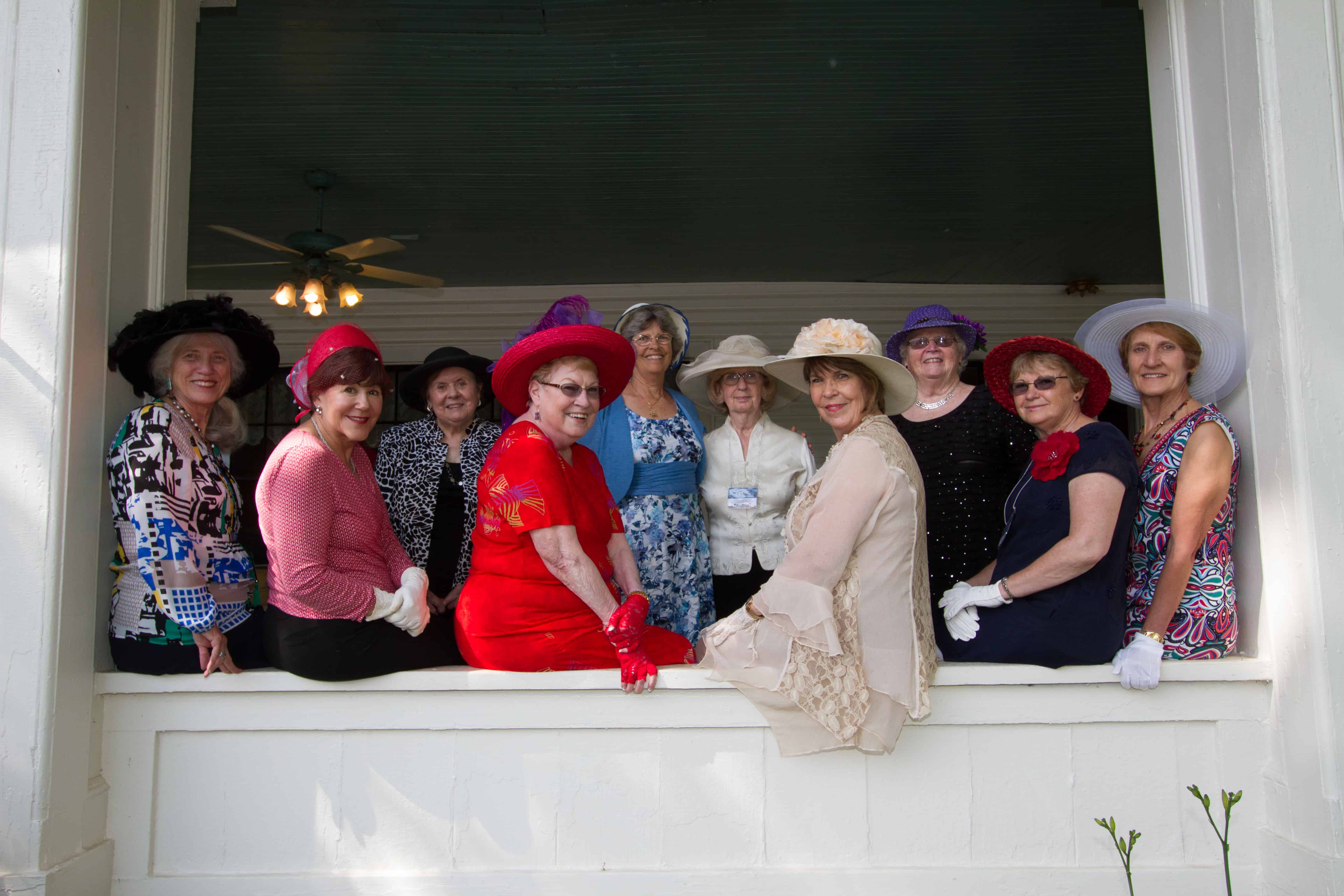 The Junaluska Woman’s Club held its first meetings in 1917 and over the past 100 years, has contributed to Lake Junaluska in innumerable ways. The group celebrated their centennial by hosting history chats, doing an historic tea, having a boat tour and wrapping up the year with a 100th birthday party honoring past presidents of the Woman’s Club. Today, they fundraise in the form of a fashion show to charity group Clothes to Kids and the Appalachian Christmas Craft Show whose proceeds go to help fund scholarships.

6. Over 550 Groups from all walks of life came to Lake Junaluska 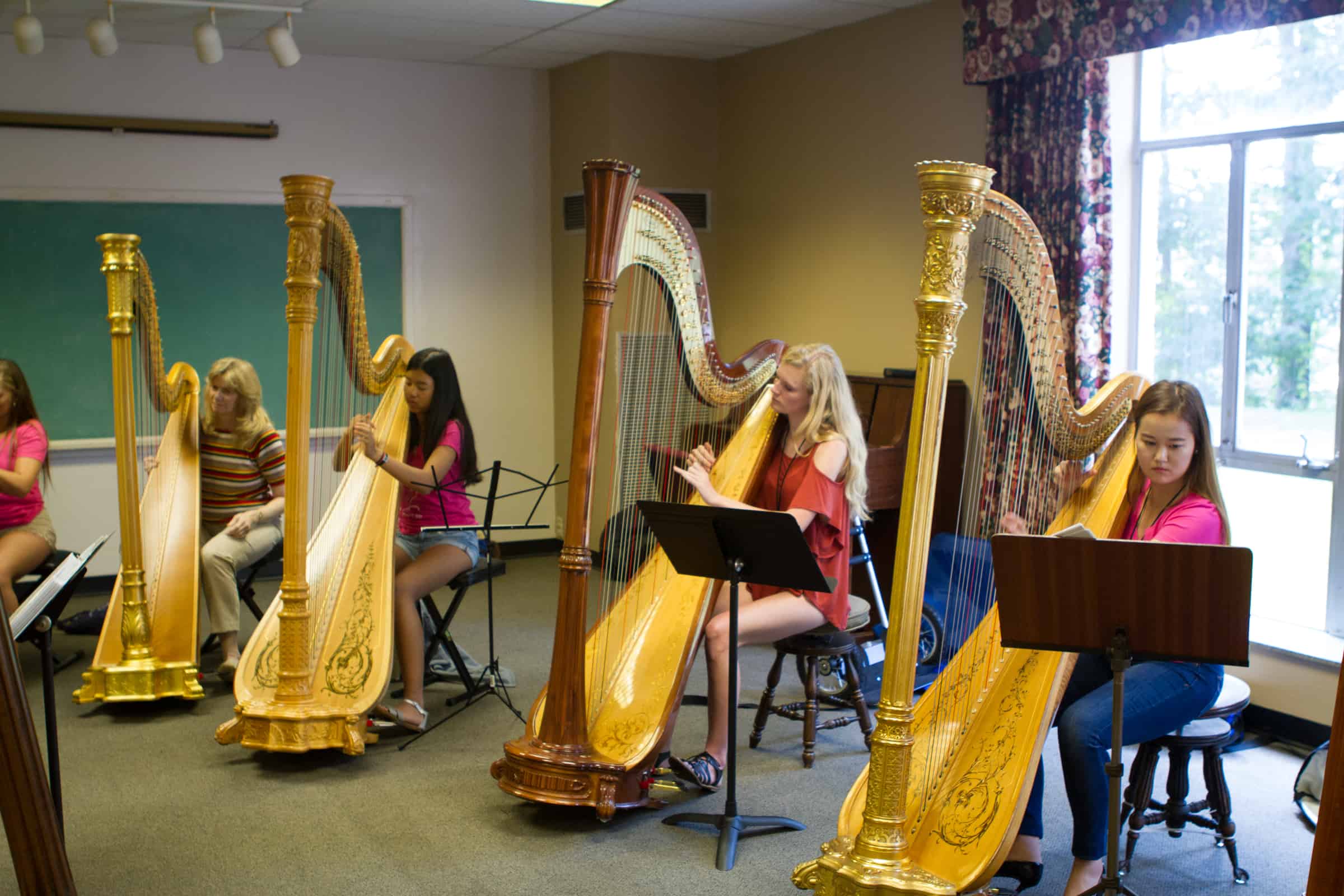 Over 550 groups visited Lake Junaluska this year— all with their own unique purpose. Whether visitors were engaging in educational music retreats like the Summer Harp Academy or the Dulcimer Retreat, or discussing best practices in their field, like the Christian Ophthalmologists, each group found that the beauty of the facilities was a perfect fit for their event. Lake Junaluska welcomes groups of all sizes. 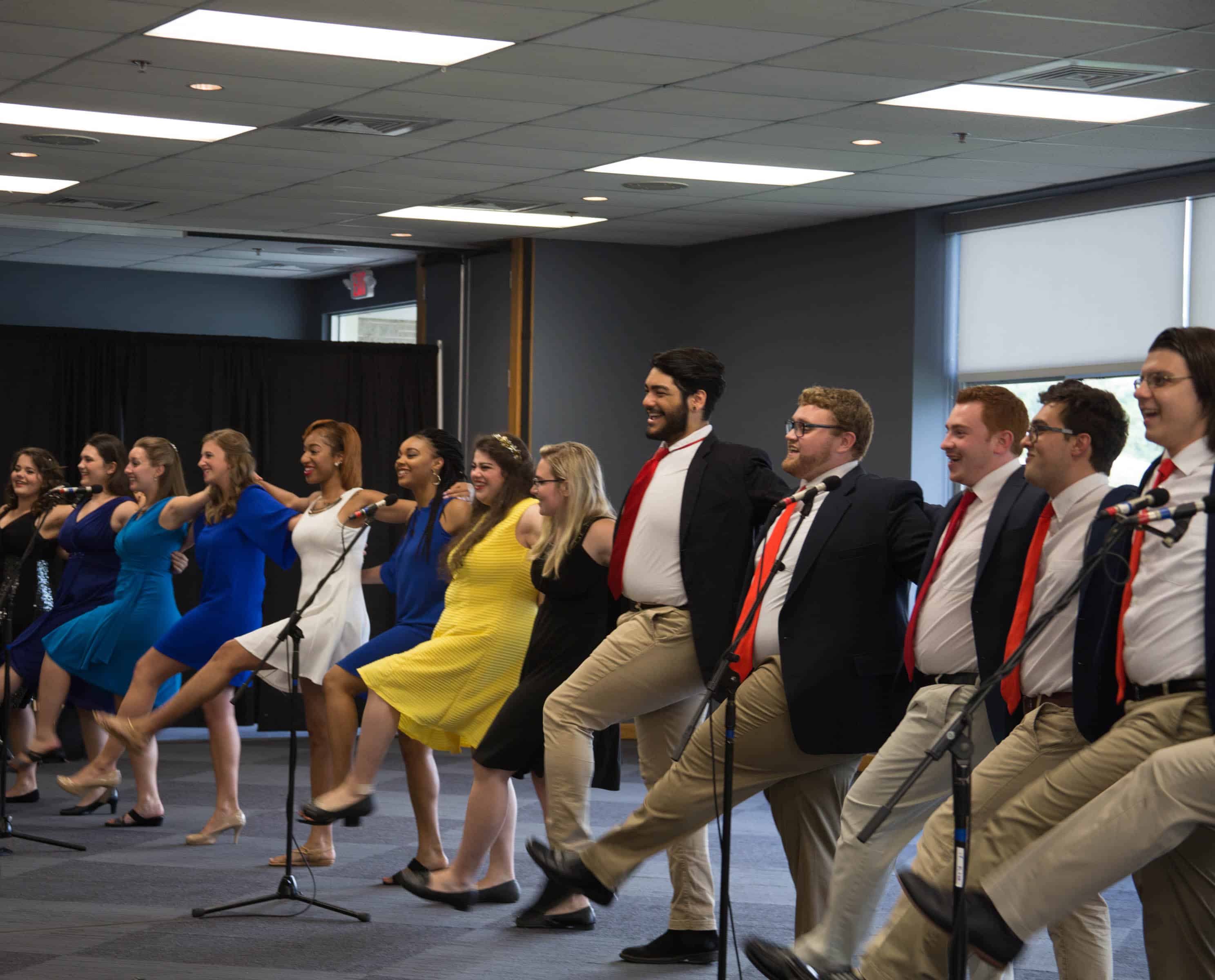 The Lake Junaluska Singers hosted two Lakeshore Goes Broadway concerts this summer with songs from popular musicals. They also added Children’s Singalongs, a Y’all Come Sing and special Hymn Sings in Memorial Chapel. The expansion of the Singers’ musical repertoire in 2017 was led by Mary Huff and Kathy Geyer McNeil, both of whom will return to serve in a permanent capacity in 2018 as director and associate director, respectively. The Lakeshore Goes Broadway event will return in 2018, so keep an eye out for tickets. 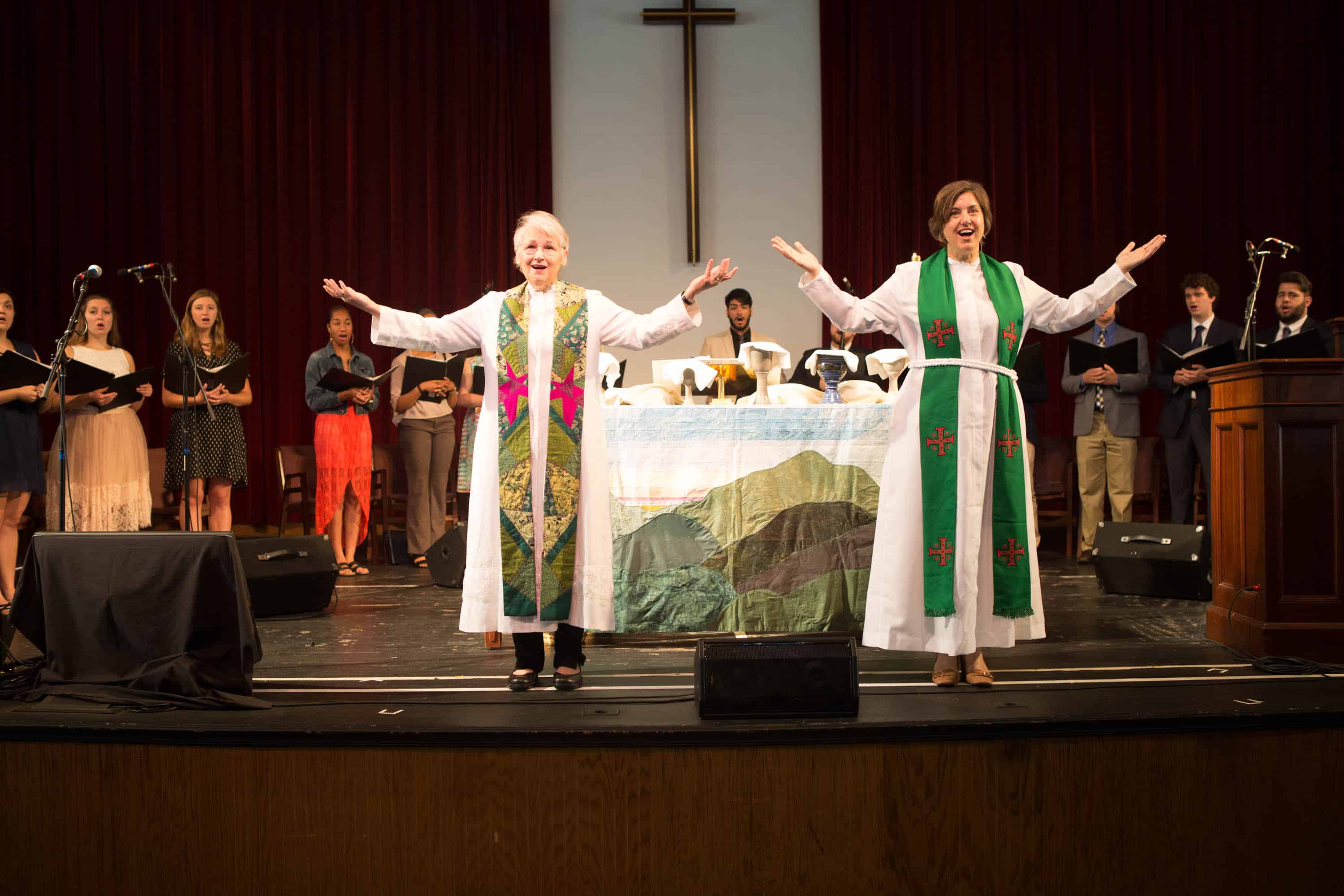 Over 2,500 people attended the Summer Worship Series, which includes a traditional worship service on Sunday mornings and a Taize service on Monday evenings. The 2017 lineup of speakers included Bishop Sharma Lewis and expert on Celtic spirituality, J. Philip Newell. The Lake Junaluska Singers opened each Sunday morning service with a time of special music. Join us for inspiring services from June 10 – August 5, 2018. 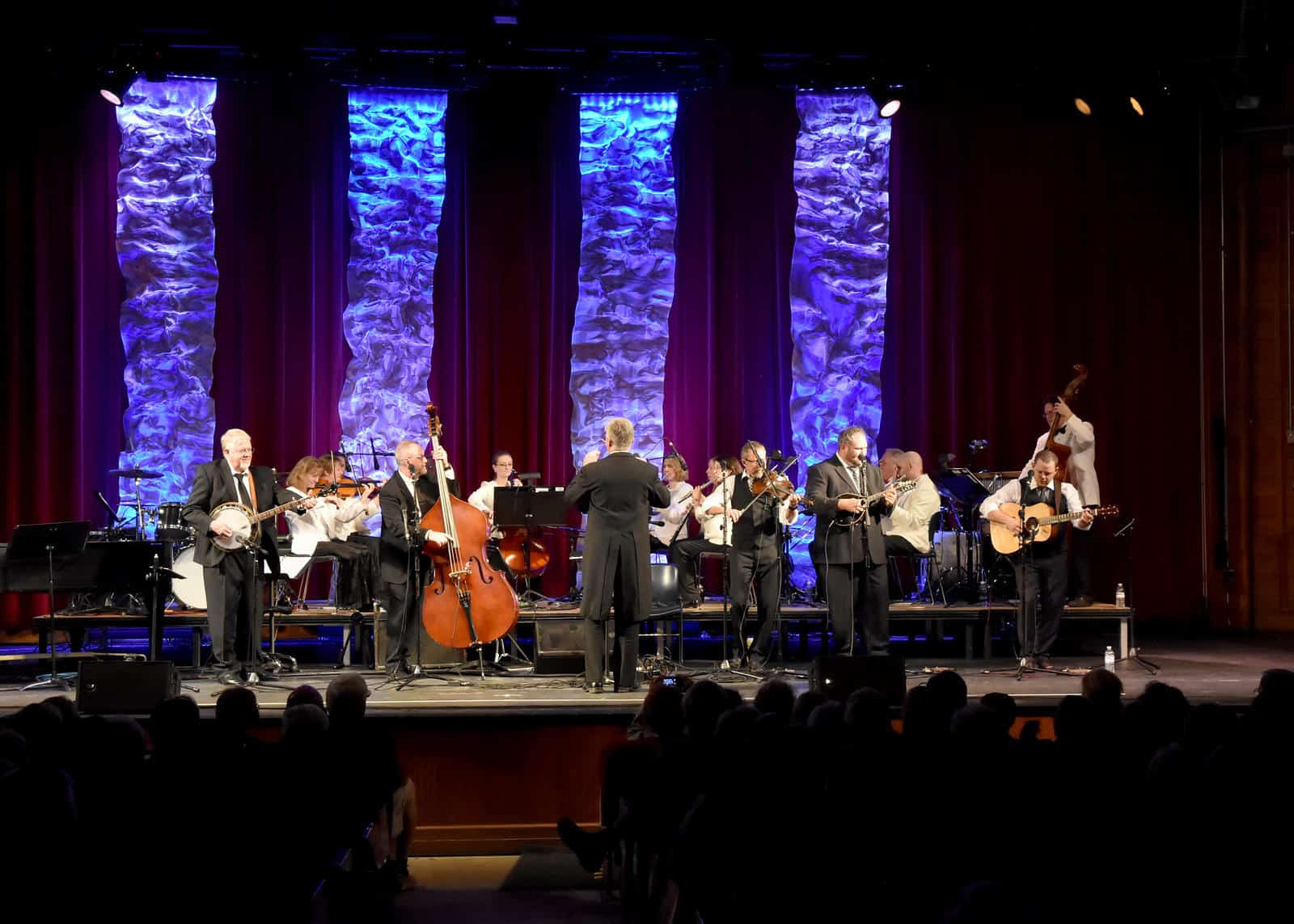 In its second year, the Balsam Range Art of Music Festival surpassed expectations, with 1,780 tickets sold Friday night and a sellout crowd of 1,935 on Saturday night. The festival also included new masterclass workshops so attendees could learn specific instruments from the best in the business. The Art of Music Festival will return November 30 – December 1, 2018. 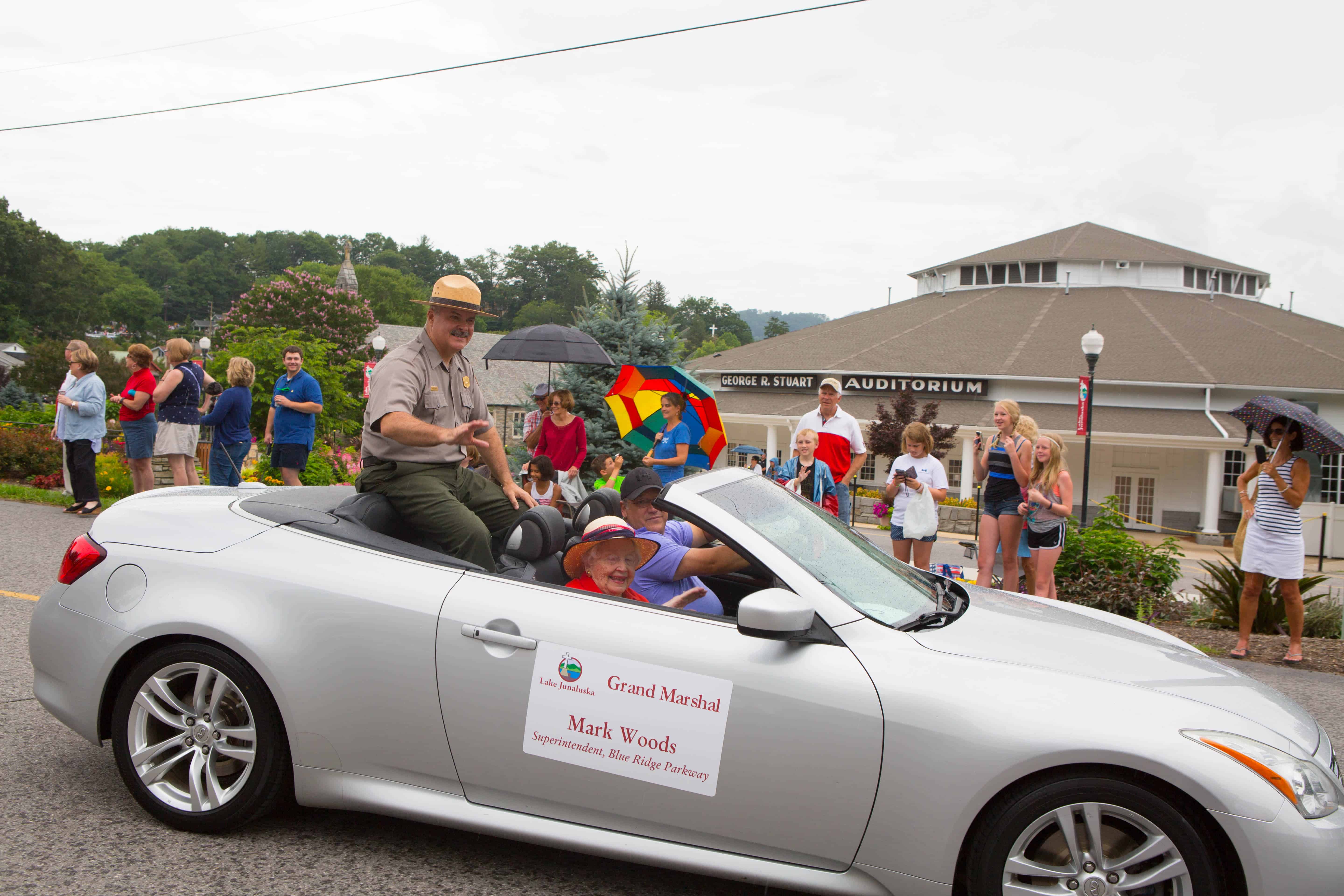 The Independence Day Celebrations at Lake Junaluska are always special, but 2017 played host to Mark Woods, retiring superintendent of the Blue Ridge Parkway as Grand Marshal. He was the perfect fit for the theme, “This Land is Our Land: Celebrating Our National Parks,” and the parade was his last official duty as superintendent before he retired.

Lake Junaluska is a place of Christian hospitality where lives are transformed through renewal of soul, mind and body. For more information about Lake Junaluska, visit www.lakejunaluska.com.