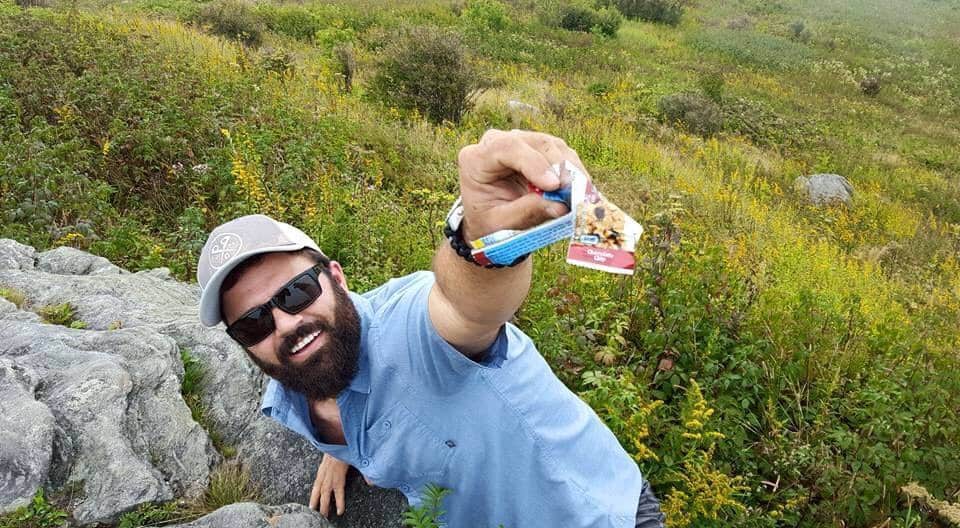 One man’s trash, is still trash if it’s litter.

Over the weekend and in the blink of an eye, as most viral challenges go, the #trashtag challenge swept the nation and the world on social media. The challenge is simple, head to an outdoor area covered in litter and snap a pic before and after you pick up the trash.

Along the Potomac River south of Washington, DC #trashtag pic.twitter.com/n2uPL52LZG

In 2015, after watching his childhood beach devastated by trash, @AfrozShah1 took matters into his own hands. What started off as a personal mission turned into the largest beach cleanup in the world, clearing 6,000 tons of trash off of Mumbai’s Versova Beach. #trashtag pic.twitter.com/uvwT0A8qr2

The #trashtag all started when one Haywood County man’s receipt accidentally flew out his car window. Steven Reinhold was on a road trip across the USA with his friend John Heyward when a receipt made its escape to the great outdoors. Both feeling guilty about the unintended litter, they vowed to pick up 100 pieces of trash to make up for it. As they continued their road trip and collecting trash, they began documenting their efforts and tagging their location on social media with the hashtag #trashtag. As an ambassador for UCO Gear, the company offered to help publicize Reinhold’s efforts on social media back in 2015, and now in 2019 the wholesome trend really took off.

VNCS: How do you participate in the #TrashTag?
Reinhold: Joining the #trashtag challenge is fun and easy, although sometimes messy! All you have to do is go out and pick up some trash, post it to your social media accounts with a #trashtag and you’re in! You can tag your location, explain why it’s important for you to clean up, you can post before and after pictures or a creative picture that makes picking up trash look cool.

VNCS: Have you #trashtag-ed in Haywood County?
Reinhold: Haywood County has been the epicenter for the #trashtag project and home of the first large-scale #trashtag challenge. In 2015 I hosted a huge cleanup of Lake Junaluska with Shining Rock Academy. The entire school cleaned up every piece of trash around the lake and it was something special. A group of my best friends and I also picked up the entire Black Balsam trail and parking area and I’ve picked up countless pieces throughout the area. Although the idea for #trashtag started on a road trip, Haywood County is most definitely the place that developed my love for nature and inspired me to keep it clean!” Reinhold continued.

VNCS: Any odd finds while picking up trash?
Reinhold: There have definitely been some odd pieces of trash picked up with the #trashtag challenge. For me, the strangest one was in the Great Smokies with their superintendent, Cassius Cash. We saw what appeared to be a body wrapped in a blanket near Lake Fontana and that was one thing we weren’t prepared to pick up! Turns out it was a bunch of liquor bottles and other trash items wrapped up in a blanket. We packed it all out and laughed out loud!

VNCS: Following the #trashtag on social media, where’s the most surprising place to see it happening?
Reinhold: It’s surreal to say this but it looks like #trashtag has made its way around the globe. I saw a great article about cleanups in Jakarta. I’ve seen massive cleanup efforts in The U.K., Mumbai, South Africa, Norway, and Kashmir but my favorite so far is seeing how the effort is going viral in Nepal. I’m flying there next week for a trek and if I see people picking up #trashtag’s it will be unreal!

VNCS: What do you hope the #trashtag will lead to?
Reinhold: Our original plan was to get the outdoor community to sweep our trails, parks, and wild places clean of trash. The original audacious goal was to get a million pieces of trash picked up. Thanks to the recent viral craze the number of pieces of trash that we could pick up is almost endless. Now that everyone’s picking up the planet I hope it shines a spotlight on our pollution paradigm and begins to shift the discussion to how we can create less trash from the beginning.

VNCS: How do you think people can keep the momentum going for this viral sensation?
Reinhold: I hope the #trashtag challenge can continue to ride this viral tidal wave that has swept it across the planet. When you see a piece of trash pick it up and #trashtag it to keep the clean vibes going!

We spoke to a few local organizations that help keep Haywood County’s outdoor wonders exactly that, wonderful. When speaking with April Corbett from Friends of the Blue Ridge Parkway she says of the #trashtag challenge, “We are all responsible for this planet and it is great to see such positive care for the environment.” She encourages the movement within the bounds of safety – it is trash after all – and noted that “It is possible, though, due to their (Asheville Chapter of Friends BRP) hard work that the BRP is clean already.” Quite true, Haywood County’s BRP section rarely sees trash thanks to Park Service employees, locals, and tourists alike. Leave No Trace has been a long-standing encouragement in the outdoor communities from the National Park Service. In the Great Smoky Mountains, the largest litter problems happen near campgrounds and along roadsides. Brent McDaniel from Friends of the Smokies says “The park can always use a helping hand to pick up litter, and we encourage interested volunteers to contact the park’s volunteer office to coordinate those efforts for participants’ safety.”

Join us for our trash challenge March 23, 2019 at 1000 block of Fulton in Baltimore Md you help us and we will help you beautify your block and post your challenge who up next?#TrashChallenge #trashtagchallenge #trashchallenge2019 #NoOneLeftUnhelped pic.twitter.com/0AnsYgVFPA

40 Norwegian Folk High School students from Alta spent one-week picking trash at a local beach, gathering a total of 12,400kg! We can’t help but love the fact this is catching on globally! #trashtag #trashtagchallenge #norway pic.twitter.com/hezXhGvHaQ

Oh snap! It’s that time of year again—when the leaves change to beautiful hues of oranges, reds and yellows, setting up the perfect backdrop
DETAILS
DETAILS

Haywood Fall Events: Your Guide to a Gourd Time

Bring on cooler temperatures, delightful fall foliage, and the anticipation for all the upcoming events celebrating our rich Appalachian heritage. From arts and crafts
DETAILS
DETAILS