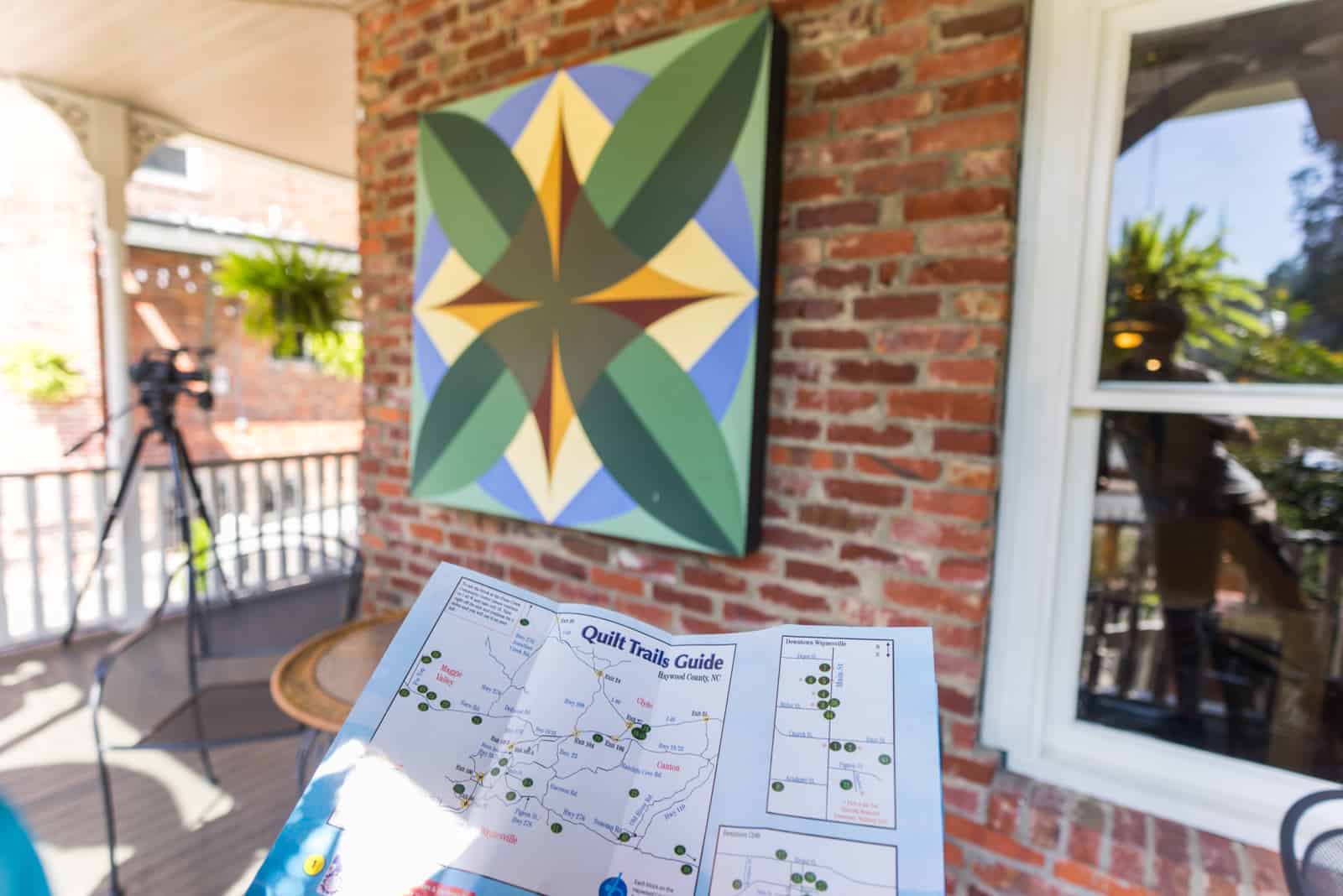 The mountains of Haywood County have always been rich with Appalachian culture and heritage, but did you know this area also has a notable patriotic background?  Haywood county is dotted with several points of interest from memorials honoring our veterans and those who gave their lives protecting others, to hidden historic sites and celebrations of our freedom and independence.  So this 4th of July, before you fire up the grill and pick out the perfect firework viewing spot, pack up the kids and take a them on a tour they won’t forget.  Below are a few stops to consider but these aren’t all of them.  For more ideas, stop by one of our Visitor Centers in Waynesville or Maggie Valley.

Haywood County played an important role during Civil War which made it a noteworthy destination on the North Carolina Civil War Trail.  There are six stops throughout Haywood County that designate an important historical significance during the American Civil War.   You can stop by a Haywood Visitor Center in Waynesville or Maggie Valley to pick up a NC Civil War Trail Map but only a couple are listed on the map.  Here is full listing of the locations and the significance of these historic sites:

Trails sign located in front of Town Hall, 16 S Main St, Waynesville
Some of the last fighting of the war occurred here after Union soldiers occupied Waynesville in early May 1865. Members of Thomas’s Legion attacked May 6 routing about 200 Federals near here. The Union troops retired to Waynesville and were surrounded. At a meeting the next day, the Confederates learned that the Civil War was over and surrendered.

Trails sign located in Greenhill Cemetery, Hillview Circle and Main Street in Waynesville
Col. William Thomas, the only white man to serve as a Cherokee chief and an influential figure in western North Carolina prior to the war, is buried here. Thomas organized his Legion, composed of Cherokee Indians and mountain people in September 1862. The Legion fought in Tennessee, Virginia and Kentucky and largely prevented an early Union occupation of western North Carolina.

The last shot of the Civil War east of the Mississippi was fired in Waynesville on May 9, 1865 when the Thomas Legion skirmished with the 2nd NC Mounted. A monument is situated on Sulpher Springs Road in Waynesville.

Trails sign located in Sulphur Springs Park on North Main Street near Church Street, Waynesville
The Battle House stood near this site until is was demolished in 1899. By the evening of May 6, 1865, Union forces in Waynesville were surrounded by more than 600 Confederates, part of them Thomas’s Legion. The Union commander sent a note requesting a meeting in the house to discuss his surrender. At the meeting, learning the war was over and the major Southern armies had surrendered, the Confederates surrendered instead.

Trails sign located at Locust Street and Pennsylvania Avenue, across from the Canton Public Library
The Locust Field Church served as a Confederate campground and rallying point throughout the war. After losing control of the Cumberland Gap in 1863, many Confederates retreated to the area and camped in the churchyard. Six companies of Thomas’s Legion camped here the last winter of the war.

Trails sign located in the Ghost Town amusement park, 16 Fie Top Road, Maggie Valley NC 28751
Union raiders under Col. George Kirk passed through this area on Feb. 1, 1865, killing several citizens and burning buildings on their way to Waynesville. Kirk arrived in Waynesville Feb. 4 and sacked the town. After leaving, the Federals encountered resistance but escaped back into Tennessee.

Whether your a local or a frequent visitor, you’ve probably heard mention of “The Big Gun” a time or two.  Despite its local notoriety, you’d be surprised how many people don’t know the actual meaning behind the Town of Clyde’s well known landmark. Located in the town square, the large 50-mm antiaircraft gun came from Norfolk Naval Base and was dedicated on May 15, 1965 as a memorial honoring the veterans of World War I, World War II, the Korean Conflict and the Vietnam War.  While serving as an important reminder of the men and women who dedicated themselves to their county during these wars, it has also become a popular meeting spot in the town. “Meet me at the Big Gun” is a common saying in these parts, even encouraging local events to take place around the landmark.  When visiting “The Big Gun” make sure you stop by another Clyde landmark, Old Grouches Military Surplus, located across the street from the memorial.  From military surplus items to rare collectibles, this store is a unique find.

The 9/11 Memoiral at the Clyde Fire Department

While you’re visiting “The Big Gun” and Old Grouches, make sure you stop by the Clyde Fire Department and pay tribute  the victims of 9/11 at a very special memorial. On September 11, 2011 the Clyde Fire Department unveiled and dedicated the memorial in remembrance of the FDNY firefighters and all victims of the the September 11th attacks in 2001.  The memorial is made from two steel beams recovered from the debris of the World Trade Center and donated to the Department by the Port Authority of New York and New Jersey.

The Huey Helicopter at the Wayneville VFW

If you venture down to the Frog Level Area of Waynesville, you will find a something interesting sitting on the corner of Richland St. and Miller St.  A Vietnam War era Huey Helicopter sits beside the Waynesville VFW and is believed to have been used in combat during Vietnam War.  It came to the VFW with some wear and tear, but was restored in 2013 through a special project involving local students from the Academy of SOAR.   Stop by and see what a real Vietnam combat Huey was like at the Waynesville VFW.

The Haywood County Quilt Trail project has been growing rapidly of the past few years, with over 40 blocks now making up the entire trail.  Each block has a special name and meaning, including several dedicated to the patriotism of our county.  Take a mini-tour of the patriotic quilt blocks by visiting the four below:

A Salute to the Colors
The Canton Armory
71 Penland St., Canton

To explore more blocks click:Haywood County Quilt Trail or stop by a Haywood Visitor Center and pick up a free guide!

We hope you enjoy exploring the patriotic heritage of Haywood County!

Best of Maggie, Taken by You

They say a picture is worth a thousand words, so why not put it to the test? There are so many sights to see
DETAILS
DETAILS

Whether you are a hiking pro or new to the climbs, it’s important to make sure you’re fully prepared before you explore. Here in
DETAILS
DETAILS