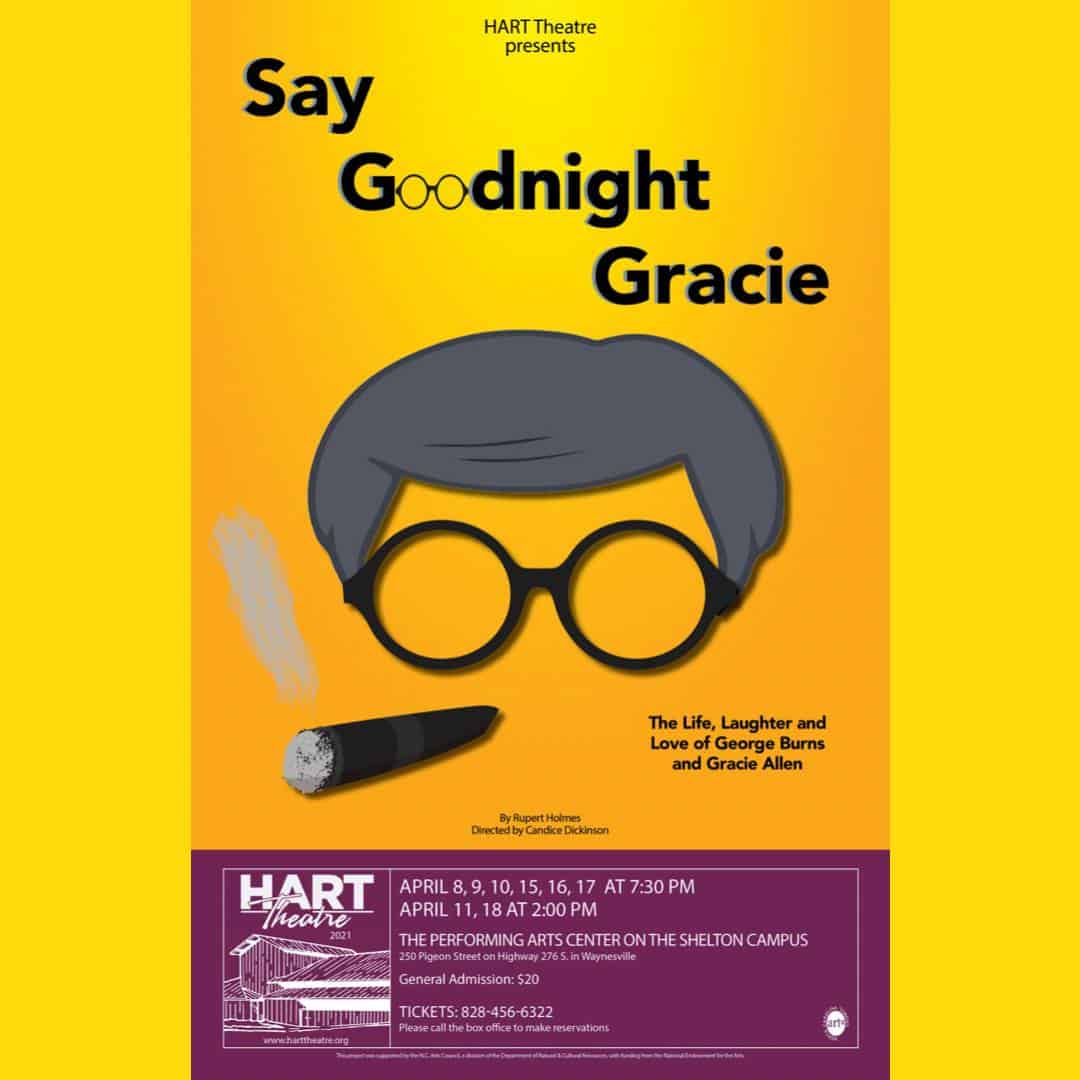 Say Goodnight Gracie: The Life, Love and Laughter of George Burns and Gracie Allen is showing in the Fangmeyer, socially distanced, May 7 – 9 and May 14 – 16.

Say Goodnight Gracie, starring Pasquale LaCorte, will take audiences on an unforgettable tour through a century of entertainment told through the eyes of the legendary George Burns. From an impoverished childhood on the lower east side to a career in Vaudeville, Radio, Television and Film, one thing sticks out to George the most when he looks back at his life, and that’s his partner and greatest love, Gracie Allen.