Home » Blog » The Legend of the Boojum

The Legend of the Boojum 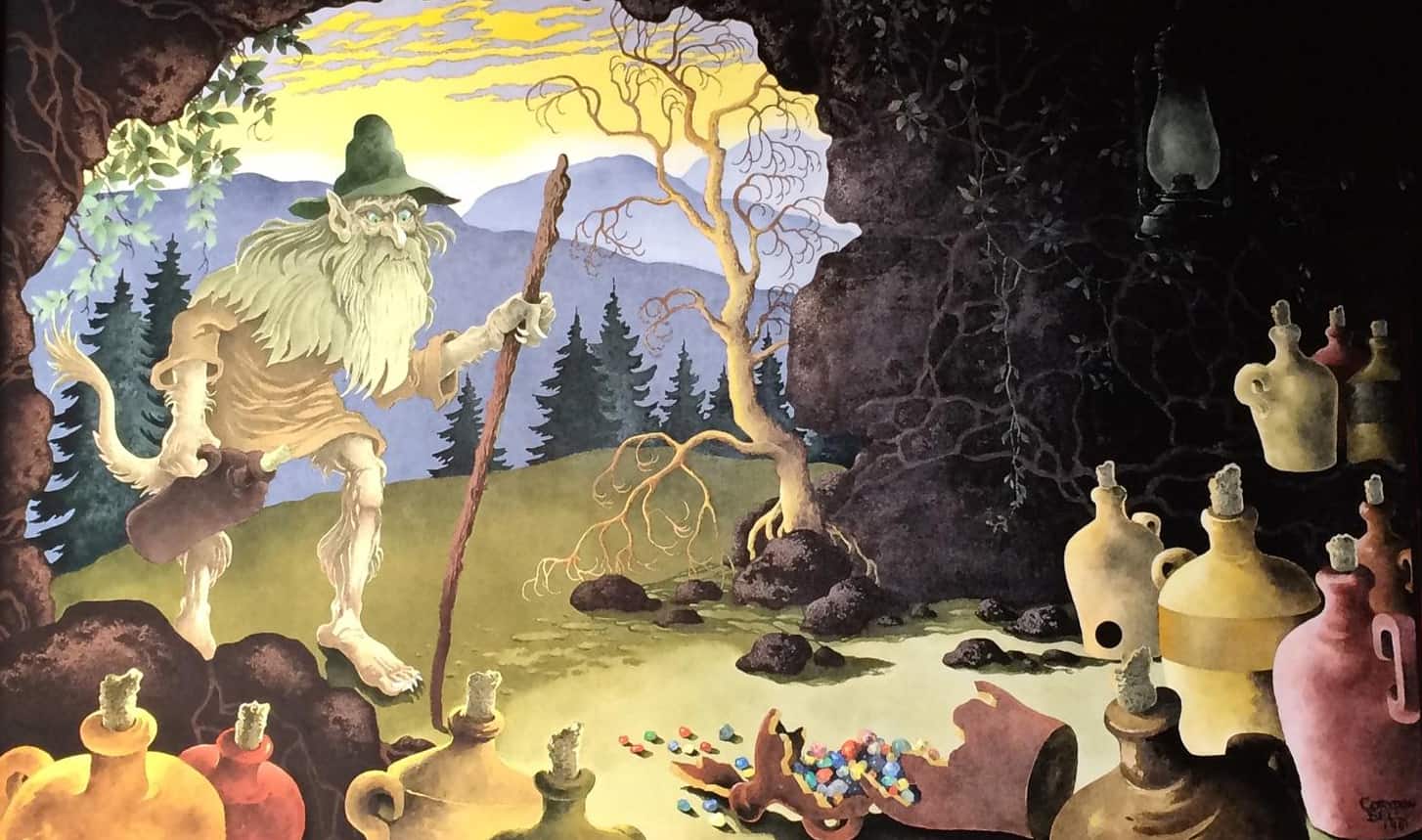 Pictured above, a copy of the 1961 painting by Cordon Bell

Have you ever hiked deep into the North Carolina Smokies and gotten the distinct feeling as if something was watching you? Were you certain you saw something out of the corner of your eye only to find it was just the rustling of leaves on a tree? Are you sure it was only the leaves …or was it something else? These old mountains hold a story that began in the 1900s, where the first sighting of the Boojum was rumored to have happened. You may have even heard the name more frequently, thanks to Waynesville’s popular craft brewery, Boojum Brewing. In fact, the brewery was named after North Carolina’s local legend.

The Legend of the Boojum

One might say the Boojum is similar to the Abominable Snowman of the Himalayans or the Wampas Cat in the swamps of Eastern North Carolina. However, he is indeed a unique creature of his own, and Haywood County is his home. Though no one has gotten close enough to clearly describe him, it is said he stands at about eight feet tall and is a mixture of both man and beast. Thick, shaggy, gray hair covers his body with a human-like face never described as handsome. He is mostly seen from afar on rocky mountain cliffs or outcroppings when twilight falls. He can sometimes be heard moaning deep in the woods near hiking trails. Boojum’s home is tucked somewhere in the Balsam Mountains, a range that adjoins the Blue Ridge Mountains in southwestern Haywood County. Most folks recognize the Balsams by the notable peaks of Cold Mountain, Shining Rock, Richland Balsam, and Black Balsam Knob. It is not recommended to go on a quest to find Boojum as he may be quite frightening to stumble upon, though he is apparently harmless unless threatened.

Boojum is best known for his two great loves: a fondness of pretty girls and his desire for the precious gemstones found throughout Western North Carolina such as rubies, amethysts, emeralds, and sapphires. In the early 1900’s it was not uncommon for women to bathe in secluded mountain streams rather than spend money on a personal bath for their homes. There are many stories of women who would have a sensation that they were being watched while bathing. The Boojum would observe them from beneath the camouflage of mountain laurels or rhododendron bushes. If noticed, the startled women would quickly grab their belongings and scream as they run away. This often conjured up an angry pack of men from the surrounding area to hunt the Boojum down but never was he caught. He most surely retreated to one of his many hidden caves in the Balsams where he lived and hoarded his collection of gemstones. Though it is rare for anyone to find his caves, he had created a unique way of protecting his jewels by storing them at the bottom of stone jugs. He filled the jugs with”pert’nin juice” or what is most commonly known as moonshine. Even if a gem seeker should happen to find one of his many jugs, no self-respecting mountaineer would dare waste this coveted liquid by pouring it on the ground. They would drink the contents until empty which would then be followed by a long, deep sleep. Boojum would return in the meantime and retrieve his gems, leaving the thief with nothing but a splitting headache when he awoke.

Now it is also said that Boojum was not as lonely of a soul as many thought him to be. There is the story of Boojum peering down at a beautiful local girl named Annie while she was bathing in a mountain stream but she did not run away when she noticed him watching her. Rather than taking off, she looked into his sad eyes and was instantly drawn to him. She immediately fell in love and to her family’s dismay, chose a life with Boojum among the caves of the Balsams. Though the two loved each other deeply, Boojum could not put aside his love for precious gemstones and would often leave Annie for extended periods of time in search of jewels. Lonely Annie would search the woods for Boojum by hollering out a sound that is described as a mixture of a wild animal screech and the hoot of an owl. Boojum would return the call and they would continue to follow each other’s sounds until they were reunited. This hooting sound is where the old mountain term “Hootenanny” came from, which is used to describe a party or social gathering.

The legend of Boojum is no doubt a mysterious piece of Haywood County folklore, but is it only a story? To this day, there are still tales of a tall shaggy creature roaming the Balsam Mountains so could it be that Annie and Boojum had children? We may never know, but next time you are deep in the woods of Haywood County and hear a screech you can’t quite describe or you feel an eerie sense when taking a dip in a local stream, you may just be in the presence of the Boojum. And remember, do not drink the pert’nin juice!

Guide to Spending a Day at Cataloochee Ski Area

In the wintertime, Cataloochee Ski Area is the place to be! With the variety of difficulty offered on the mountain, this is the perfect
DETAILS
DETAILS

Finding free things to do and budget-friendly activities while on vacation can help make a smaller dent on your wallet! Lucky for you, we
DETAILS
DETAILS

Best Dog-Friendly Spots In Haywood (told by a dog)