Travel Advisory (Updated 9/21/21): It is recommended that people continue to avoid travel to the Cruso area of Haywood County. This includes a portion of Highway 276 with bridge and roadway damage. Additional access to the Blue Ridge Parkway is available at 215, 23/74, and 19. The Haywood County TDA will continue to update this travel advisory as new info becomes available. #HaywoodStrong Learn More

Home » Blog » What the heck is a Folkmoot?

What the heck is a Folkmoot? 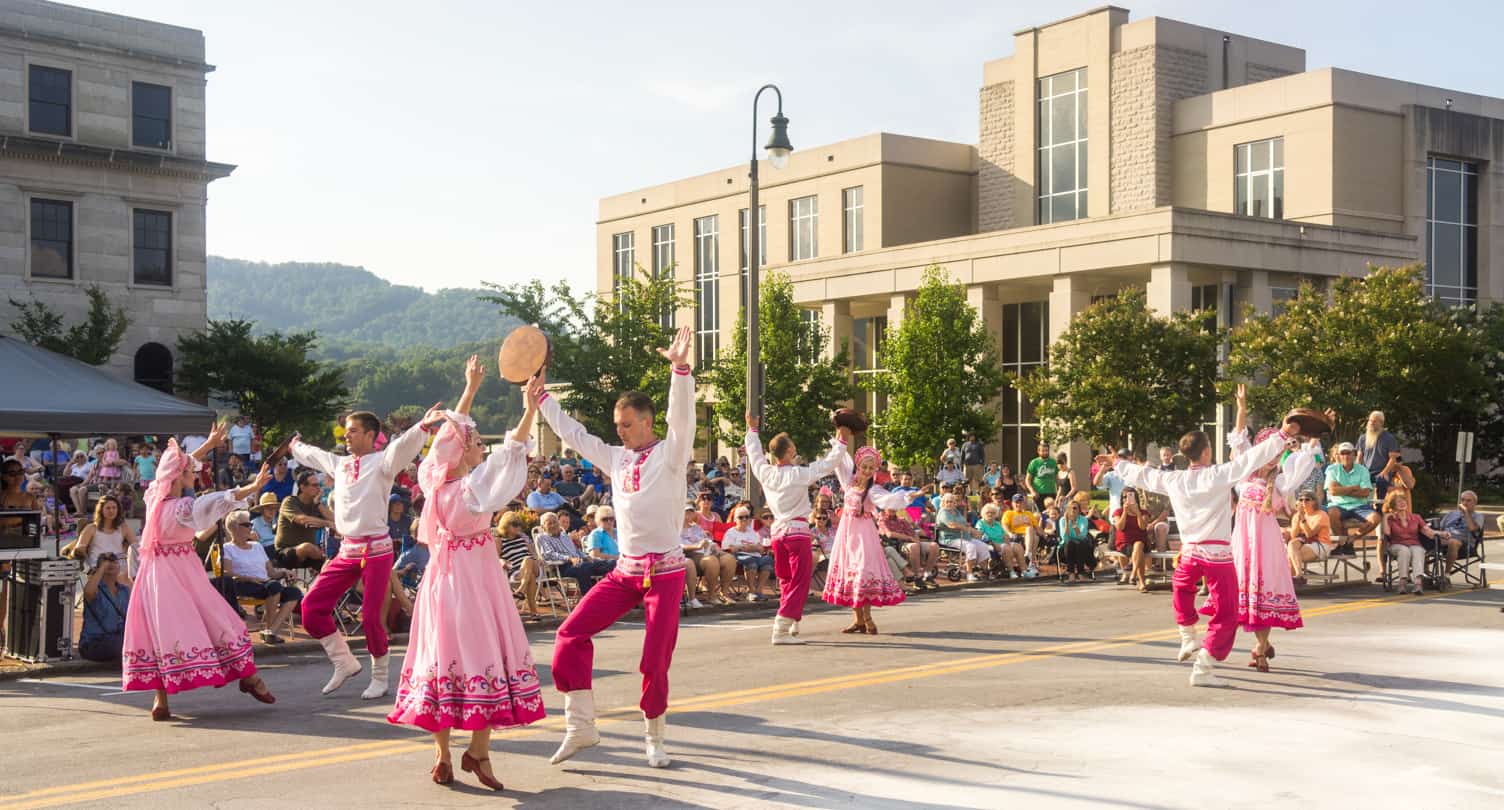 What the heck is a Folkmoot? A question I was asking myself last Spring when I moved to Haywood County from Atlanta, GA. As a millennial in my late 20s, I enjoy plenty of outdoor festivals with live music, and loved living in a large city that offered a lot of culture. However, “folk” music to me was for older folks who liked calm tunes and quiet melodies. My idea of a folk festival was 30 people watching a band consisting of a banjo and washboard; nothing wrong with that, it just wasn’t for me. Upon learning about the Summer Folkmoot Festival I just assumed it was more of the same – quiet music meant to silently nod your head to. I could not have been more wrong.

I had seen several signs and posters around my new hometown with “Folkmoot” branded across them and couldn’t help but be curious to learn more despite my biases of “folk/culture” events. I’ve been known to attend a rodeo, festival, or yard sale simply because I saw a sign telling me where to go. This time I had time to plan since the festival activities did not begin until July. As I began stalking the #folkmoot hashtag on social media (as any proper millennial would do) I found a multitude of images of people wearing bright and intricate costumes doing everything from playing instruments, to dancing, to trying to leap frog each other by Lake Junaluska. When I investigated further I realized it was a 2 week long festival with several different kinds of events in the towns of Waynesville, Canton, Maggie Valley, Clyde and Lake Junaluska. I learned that Folkmoot flies in performing groups from all over the world to share their culture and traditions during festival.

Despite recovering from moving costs I decided to splurge on a ticket for the Wednesday night fundraising Gala that kicks off the festival and split the cost with a friend. It was that night that I fell in love with Folkmoot. As I strolled under the stars in the field that sits in a valley of mountains adjacent to the Folkmoot building, all decorated with different countries’ flags and bursting with color from all the performers’ outfits, I was alive with excitement. The performance began with brightly colored dancers sweeping across the stage with an elegance I could never hope to recreate. Their skirts bloomed into wide petals of fabric as they spun and their musicians played upbeat music I found myself bobbing to. That bobbing would turn into full blown clapping and shots of joy later in the night. The next group was from my new hometown, the Appalachian cloggers, and there wasn’t even a washboard in the band, imagine that. There is certainly an art to dancing and making music with your feet at the same time.

“Their skirts bloomed into wide petals of fabric as they spun and their musicians played upbeat music I found myself bobbing to.”

After my friend and I enjoyed some complimentary wine we noticed dancers getting ready to the right of the stage and decided to investigate. The Russian performers were wearing vibrant blue outfits and helping each other tie up their costumes. I snapped some photos as an excuse to observe them. All of the different countries’ groups were interacting with each other despite the language barrier and even playing pranks on each other. Several bunny ears and silly faces were made as they posed for my photos. Once the next group of performers took the stage we made our way back to our seats, smiles stretched across our faces at the simplicity of friendship despite differences. We were loving the performances so much we walked up to the front near the stage and sat right on the grass with a few other people wanting the best view.

During the next break I took to wondering again and this time found myself in the room where all of the performers were hanging out waiting to take the outdoor stage. I couldn’t help but laugh and join in on what I was witnessing. The Argentinian group had a guitar and was playing and singing (a radio hit at the time) “Despacito” by Justin Bieber, Luis Fonsi & Daddy Yankee. Everyone in the room was singing along to the chorus of “Despacito, quiero respirar tu cuello despacito” well what sounded close to that anyways, it was really more of a “desssspaaaaaceeeeeo, blah blah blah blah despacito.” A few groups began to freestyle dance and laugh heavily at how none of us seemed to know the lyrics, not even the Argentinians! It didn’t matter though, we were having fun and united through music and dancing. I felt connected to a group of strangers where I clearly didn’t fit, my maxi dress was no floor length embroidered skirt, but I was having a blast.

The following night I attended the Grand Opening at Lake Junaluska’s Stuart Auditorium and arrived a little early. Performers were outside by the lake practicing their routines and one group was doing some form of flips and somersaults using each other’s bodies to launch off of. Once the show began inside it was a mix of dances and music from high energy to melow acts. I suppose I became a Folkmoot groupie on a quest to find out what the heck a “folkmoot” was because the next day I found myself in downtown Waynesville for the free Parade of Nations. After the parade the Indian group did a dance demonstration and got about 50 people from the crowd together to give it a try. There were old folks, toddlers, and everything in between including me and my friends all hopping and skipping around looking a fool but we had so much fun. Throughout the remainder of the festival length I attended an after party in Canton, a performance at Hart Theatre, and any meet and greet I could make it to.

“I suppose I became a Folkmoot groupie”

In those two weeks of celebrating international culture and music I learned that “Folkmoot” means “meeting of the people.” The whole foundation of the festival is built around bringing people together in Western North Carolina to give the opportunity to build a deeper sense of connection, mutual respect and shared purpose by experiencing other cultures. I certainly changed my preconceived views of the festival as I came to the realization that, quite simply, the festival celebrates the vibrancy of life outside of our own bubbles, by honoring traditions new and old. I will be back again this year ready to “get folked up at Folkmoot” and try my hand at more dances to feel those joyous moments of connection once again.

Dancers from 10 nations around the globe will perform at 35th edition of Folkmoot Festival this July 19-29, 2018 in varying locations. Click for information on visiting countries.

Need a Place to Stay? We’ve got plenty of options for you! 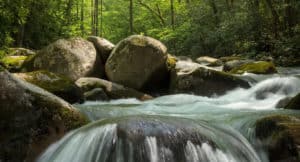 Explore the Great Smoky Mountains with this Monthly Hiking Series!

Wanting to explore the Great Smoky Mountains National Park but not sure where to start? Or maybe you’re looking to gain some new hiking partners 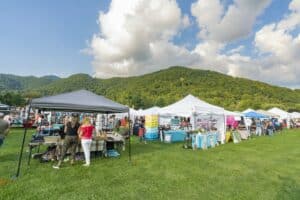 Pick of the Patch: September Events in Maggie

The fun never slows down in Maggie Valley. Summer is always a good time, but around here, fall can be the real crowd-pleaser! Start booking 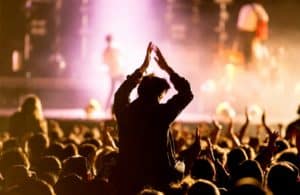 The best festivals combine music, food, crafts, and more to create an unforgettable experience for you! 2019 brings us festivals ranging from top tier music